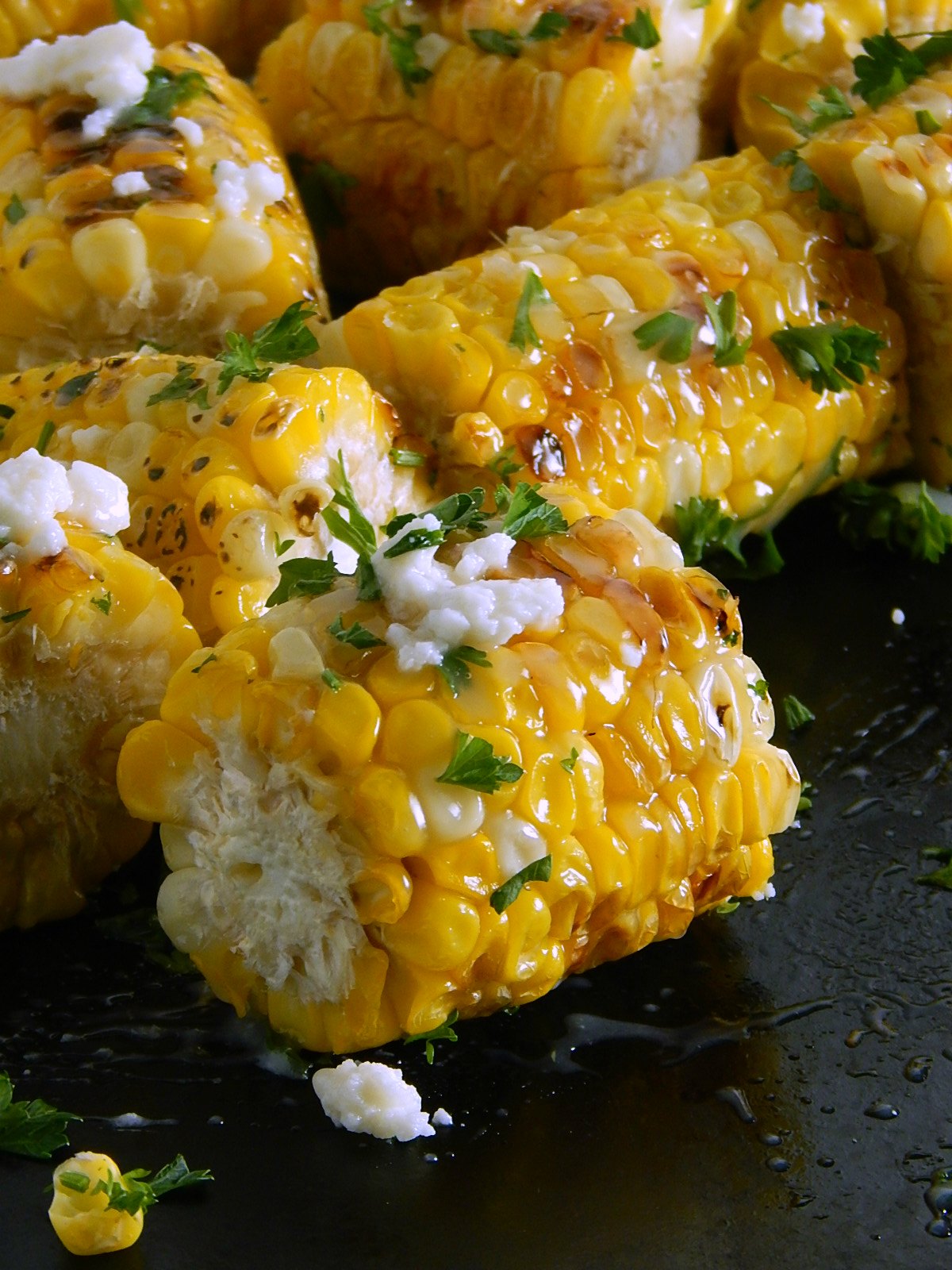 Hi ya’all. I hope everyone had a happy and safe 4th of July. And I hope you ate your fill of everything summer has to offer, including Sweet Corn. If you have any Sweet Corn leftover (if you don’t, make some) you’ve gotta try Thai Street Corn. It’s a revelation.

I saw Thai Steet Corn on Anthony Bourdain‘s No Reservations. I had just found the show on Netflix shortly before I heard about the tragedy of his death. I’ve heard many times that the best lives are full of experiences but I don’t think that’s necessarily true. I think the best lives are full of the experiences we share and/or pass on to others. It’s in the passing of life’s extraordinary treasures, big or small, that will make you live on in other’s minds and hearts. Chef Bourdain did that beyond measure.

I can’t remember what Thai episode it was that Thai Sweet Corn was mentioned. Chef Andy Ritter was on it, and it turns out there’s a recipe in his book, Pok Pok: Food and Stories from the Streets, Homes, and Roadside Restaurants of Thailand. I ended up combining his recipe with a couple others, including this one from Food & Wine and particularly this one, Chef Ritter’s recipe from She Knows. I mean, how could I go wrong, never having tasted Thai Street Corn? Don’t answer that!

The result was surprising! Delicious! Addictive! Sweet, sour, salty, and earthy all at the same time. I could hardly stop eating it. Move over, Mexican Street Corn – Thai Street Corn is king! The sauce itself reminds me a little of condensed milk, only a sweet, salty coconut condensed milk with a deep funky umami flavor from the fish sauce (the fish sauce gets stronger as it reduces, so go easy) and a brightness from the lime. It’s indescribable.

There’s a little garnish of cilantro and queso fresco (that inspired by the Food & Wine recipe) which just took things over the top! A good squeeze of lime over everything at the end and the result is insanely good! (I did forget to put the lime wedges in the pics!!) And by the way? Thai Street Corn is messy and fun and casual. Perfect for a summer party with good friends, but do have lots of napkins.

The recipe is super easy and takes about 15, 20 minutes, tops. The sauce ingredients are simmered together until thickened then slathered over the corn as it grills and drizzled over the corn when served.

As far as the corn, you can grill raw corn, which takes a bit longer or use pre-cooked corn, either corn you have leftover or corn you’ve simmered (or use my Instant Pot Sweet Corn) just for this recipe, then grilled till heated through and marked.

I think the edge is on the corn that’s already cooked. It’s not just fast and convenient, but the corn is always soft throughout and perfectly done which isn’t always the case when corn is grilled from a raw state. I precook corn to grill pretty much everytime I grill corn (and I do the same for asparagus). Either way works and instructions are for both in the recipe.

You’ll get your best prices on Sweet Corn at the grocery when it’s in season and/or a holiday week. Look for the five (or four) for a dollar specials. If you want, you can shuck your corn at the store for less mess, but those that know corn know you pick it the day you use it, never refrigerate it (unless you’re not going to eat it right away – which you should never admit to) and husk it right before cooking. And you don’t open it before you buy it – that’s for rank amateurs. Look for fresh silk at the top and inspect the husk for small holes or breaches.

Press along the top of the ear and you’ll be able to tell if the cob has beautiful, full kernels. Try it on another portion of the ear to see what it feels like. Then look for the “nod.” That nod you get, that little signal of respect, from others in the know that signifies that you’re a sweet corn badass as you toss your corn in the cart, and back away from the crowd. And leave…corn intact and that husk protecting the delicate, sweet kernels.

So we all know that corn on the cob, freshly cooked, slathered with butter is nothing short of heavenly, but Thai Sweet Corn is like heavenly to the tenth power! Even better that it can be made with fresh or already cooked corn. If you’d like more inspiration on what to do with any extra or leftover corn you might have, check out my post on 25 Ways to Use Leftover Corn.

Combine sauce ingredients, coconut cream fish sauce, sugar, and lime juice and bring to a low simmer. Cook, stirring now and then until sauce has thickened and is about the consistency of condensed milk, about 10 minutes. Remove from heat and set aside. Taste and add salt as desired.

Light grill and heat to medium-high heat. If starting with raw corn, place on the grill and cook, rolling now and then for a total of about 15 minutes until corn is tender and slightly charred in places. Brush with sauce once or twice in the last five minutes. If starting with cooked corn, add to grill, brush with the sauce and grill until heated through and slightly charred in places, about 5 minutes.

Cut each corn cob into thirds, place on a platter. Drizzle with any remaining sauce and garnish with cilantro and cheese. Serve with lime wedges.