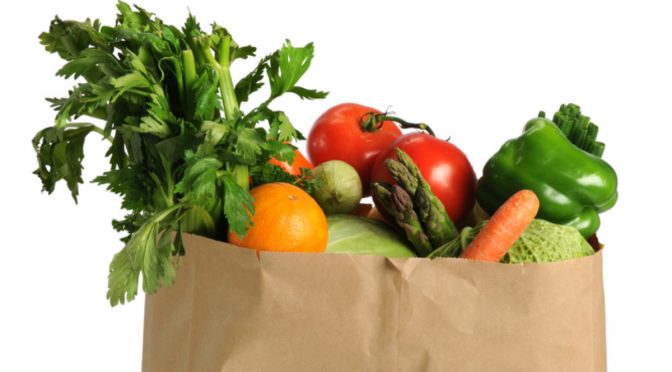 Over & over, in order to win at the grocery, I hear budget “experts” preach that you should figure out a grocery budget of $$.$$ and stick with it. Every week or every payday or every month. Do not deviate, they say.

That simple budgeting strategy sounds like common sense, maybe because:

except it’s just not right

Now, to clarify, a budget is a great idea, but it should be a flexible budget. In order to get the most groceries for your money and win at the grocery, you need to be able to:

Just as if you were playing the stock market, you’ll want to “buy low.” It’s a basic concept and one we all have some difficulty with because most of us don’t see the “cycles.” We’re too busy living our lives, buying week to week and replenishing what we’re low on when we need it.

While there are several cyclic lows to watch (seasonality is one) pricing is seldom lower than pre (and sometimes post) Holiday sales. Either way, the highly competitive grocer wants to get you in the door with a few great specials, wants you to pick up one or two of the items on a deep special, and wants you to pick up all the items you’ll need that aren’t at a great sales price.

They bank on the fact that you won’t want to spend more money by stocking up on those deep sale items, especially if they are big-ticket items. They especially bank on this during a holiday when we might be already overspending, overstressed and/or just tuckered out from preparations and all that you have to do pull everything off.

Beat the grocers at their own game! Win at the Grocery! Instead of passively being drawn in to pick up one or two specials and then buying whatever else you need for the week, buy as much as possible of the seasonal specials or specials for the Holiday week to use for weeks (or months) beyond.

When an item is at a low, whether it’s during a holiday or not, always try to buy enough to last to the next great sales cycle. Many (probably most) items are on sale once a quarter, others, only a few times or even only once a year.

Think of it as “skipping along” from sale to sale, from Holiday to Holiday, stocking up, and knowing there are plenty of both seasonal and Holiday sales to get you by. Then fill in with other items as they’re on sale and plan ahead as needed.

Now, if only you had an idea of what was going to be on sale and when! Then you can really Win at the Grocery! Remember, your mileage may vary, and I’d love to hear what you stock up on during holiday weeks!

7 thoughts on “Win at the Grocery”