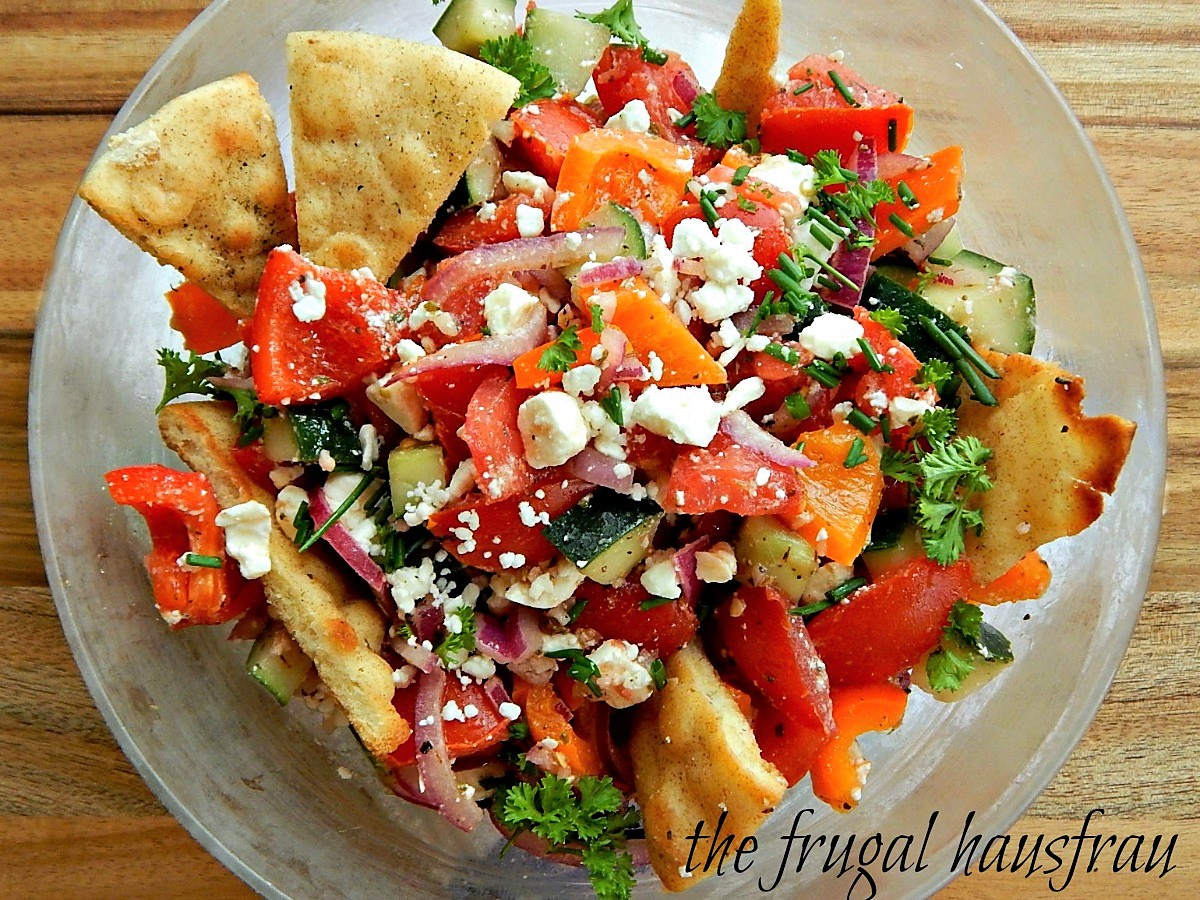 It’s been about a year since I last posted a recipe for a Panzanella – that would have been during our last glut of tomatoes. This year I wanted to change things up a bit and go Greek style, so here is this utterly delicious Greek Panzanella.

Chunks of ripe tomato, cucumber, and red onion are bathed in a homemade Greek vinaigrette. The seasoned oven-toasted pita triangles give such a nice crunch and just about steal the show. Just try not to eat all that pita before the salad is served. I dare ya!

If you click over to my recipe for Updated Panzanella, you’ll know I’m not a fan of soggy bread, so for this recipe, serve the Pita on the side for maximum crunch. You can watch for most of these ingredients on sale, but serving this salad seasonally is the only way to go, both for price and taste.

Heat oven to 425 degrees. Spread the pita on a rimmed baking sheet and toss with olive oil, Greek seasoning, and salt. Bake until golden brown and crispy, turning triangles over partway through, about 10 to 12 minutes total. Cool on a wire rack.

Let sit for at least 30 minutes and up to 4 hours before serving. Toss with parsley and Feta cheese, taste and add more vinegar and salt if needed. Serve with the toasted Pita.

I’ll be sharing this recipe at Fiesta Friday 190, hosted by Shinta @ Caramel Tinted Life and Diann @ Of Goats and Greens.