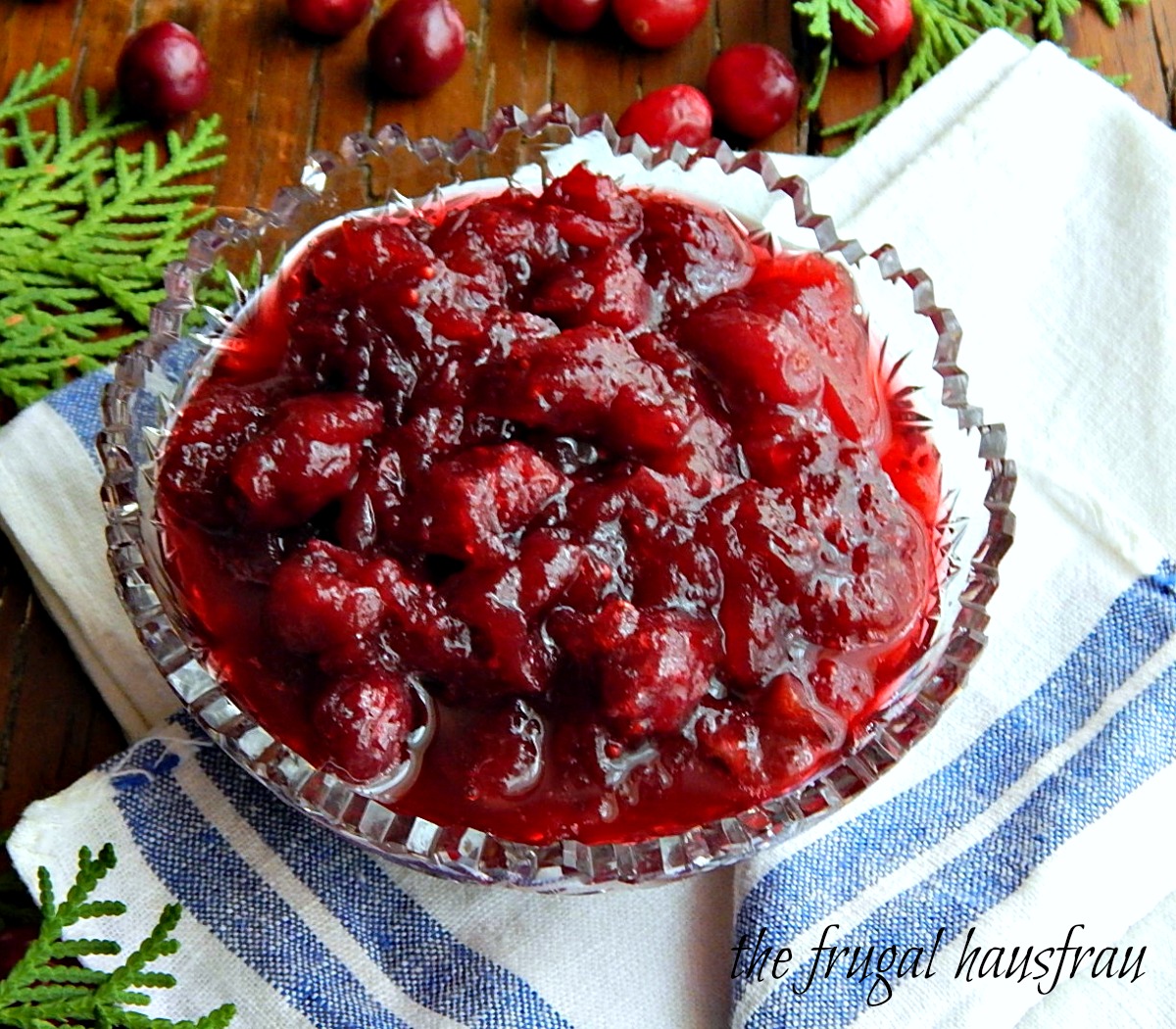 It seems I’ve hardly gotten past Halloween and now Thanksgiving is looming upon us! And the days go faster every year. Tell me I’m not alone in this! I did want to get a little jump, though, on a couple of recipes that are going to find a place at my table this season.

Cranberry Sauce with Apple and Port

One is a new (and marvelous, even if I do say so myself) cranberry sauce, Cranberries with Apple & Port. See, for years I’ve made Our Favorite Cranberry Sauce, which we really love but it is fun to shake things up a bit. And I kind of went a little weak at the knees at the thought of Cranberries, Apple and Port. Not as weak as I do for something chocolate, but there was a little weakness, I swear.

This is a beautiful little sauce. The apples lend a little flavor, but mostly they mellow out the flavor of the cranberries and just all but melt into the sauce. The Port gives the sauce a deep, rich and almost savory flavor.

The additional pectin from the apple made this a little more jelly like than most other cranberry sauces I’ve had and it occurred to me that this might be a sauce that just might be a compromise between the store-bought jelly stuff so many people love (why why why and who are you, you lovers of that canned jelly?) and a whole berry sauce.

Cranberries really are at their low now, pre-Thanksgiving to Christmas, so stock up and chuck them in your freezer for all kinds of great things later in the year (like muffins!) and when buying a special alcohol like Port (which keeps just about forever) you’ll likely find great sales pre-holiday, too.

Cranberry Sauce with Apple and Port

Add cranberries, apple, port and honey to Instant Pot. Close, seal and set to high Pressure for one minute. Allow to go to the keep warm function for 10 minutes then release any remaining steam.

Open Instant Pot, set to the saute function and stir in 3/4 cup of sugar. Cook, stirring, until sugar is dissolved and most of the cranberries are burst and broken down to the desired state, two or three minutes.

Remove from pan, cool to room temperature, then refrigerate.

Add all ingredients to a medium sized pan. Bring to a boil and cook for about 10 minutes, stirring often, until most of the cranberries have burst and apple is nearly dissolved.

Cool to room temperature, then cover and store in the refrigerator.

note: this recipe has not been tested.