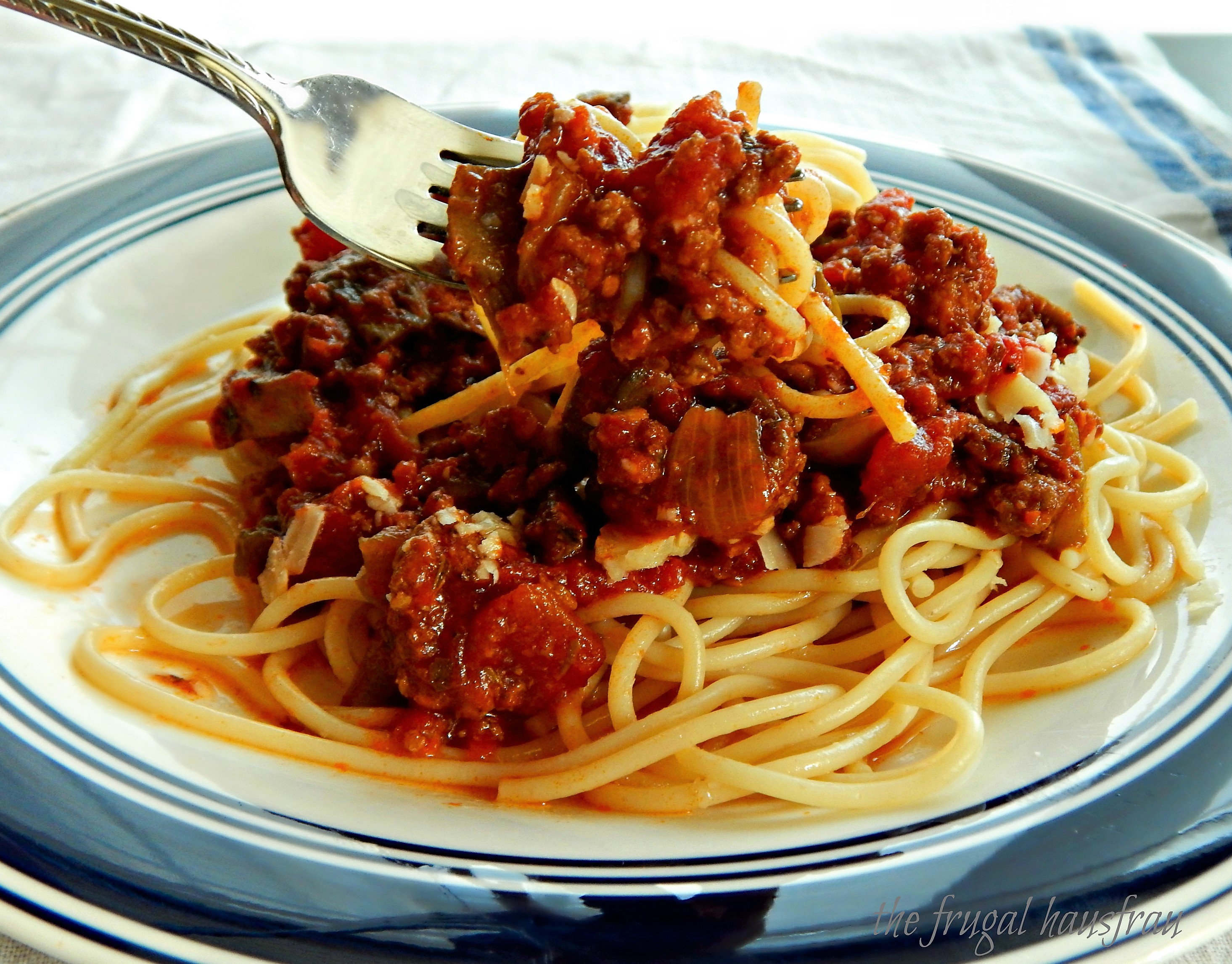 As many of you know I have been traveling to and fro the past couple of years, from my house to the folks. It ended being a lot more to than fro.

That’s come to an end as the folks have settled into a lovely assisted living center and I’ll be headed home and maybe traveling a bit.

Before I left, I wanted to make sure to make my Dad’s famous Spaghetti Sauce for him. Posting it on my blog is a great way to preserve and share the recipe with you and with family.

While my Dad was very precise in the ingredients he used, I found that I had to fudge a bit here and there, depending on what was at the store, especially with the tomatoes containing herbs and spices.

It was all good, though, so if you make this, feel free to taste along the way and adjust. I couldn’t find the herb & olive oil tomatoes & added a little more Italian Seasoning to make up for it.

This makes a LOT of spaghetti sauce. I wish I would have measured it, but it made enough for a couple of dinners and four or five 12 ounce containers to freeze (it freezes beautifully).

Empty all of the canned stuff plus the herbs into a  big stainless steel or aluminum pot and start cooking the contents, slowly stirring occasionally to avoid burning.

Use a cast iron skillet to fry the meat in order to remove most of the fat which is poured into one of the empty cans for later disposal.  Do about 8 ounces at a time and quit when it is fairly dry but not burned.  Use a slotted spoon to dip out the meat from the frying pan (in order to avoid getting too much fat into the recipe) to put the meat in the pot. (My note: Just use a large skillet and cook all the meat at once; try using a potato masher to break the meat down, then drain in a colander or spoon out the meat, as desired.)

Then it’s time to start the saute’ process with all of the fresh stuff except for the mushrooms which you slice and can toss into the pot.  I slice and dice the onions and green peppers, placing them into the skillet to which I have previously added cooking oil for the saute’ process.  Saute’ just a small portion at a time and then use the slotted spoon to drain fat off the vegetables which then are put in the pot.

Put the cover on the pot and use low to medium heat, but stir every few minutes.  You be the boss of the cooking time, but be very careful to avoid burning or destroying the batch. (My note: I cook, uncovered, at a very low simmer: bubbles just breaking from time to time, stirring every now and then. I like to cook it until it becomes fairly thick. Just be careful not to scorch.)

I could not find all the exact tomato products and it was still outstanding! Of course, feel free to taste and adjust to your own idea of perfection.

I’ll be sharing this recipe at Fiesta Friday 191, hosted this week by Judi @ cookingwithauntjuju.com and Antonia @ Zoale.com.