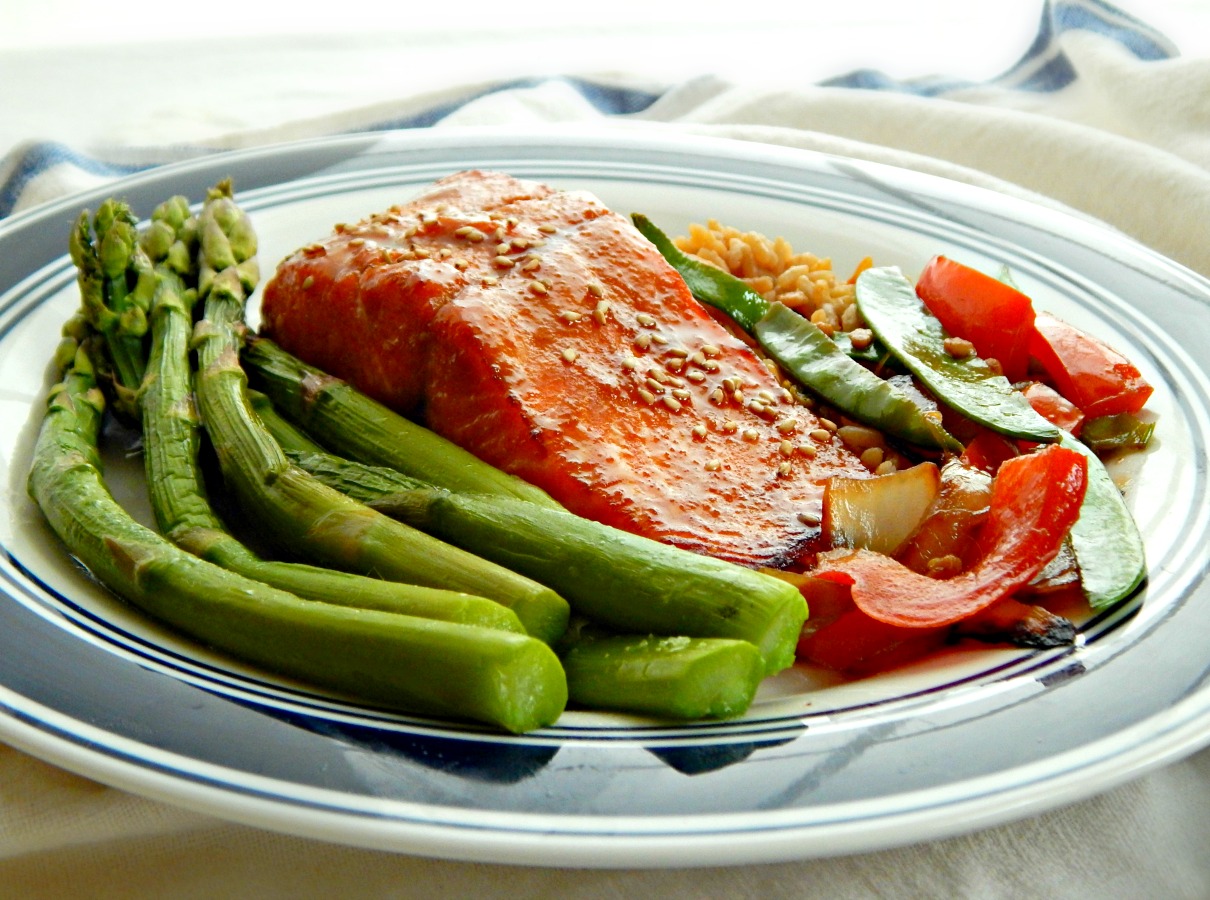 I wish I could say that this was an attempt at healthier eating in 2018. It wasn’t though. I actually made this when I picked up some salmon at Aldi at a killer price right before Christmas and it was kind of a special treat.

You’ll find lots of bargains when you watch the ads, especially around Holiday weeks.  Aldi operates by posting several dirt cheap bargains every week that only last until they run out, so that’s a great thing to keep your eye out for, and that’s how I scored this salmon.

I do admit to being a little suspicious at the store, especially as the Salmon was very well wrapped and I couldn’t use my nose! That suspicion was misplaced, and I was able to get 4 smallish slices and a few scrappy pieces leftover (to update my Asparagus Frittata Recipe) and I felt like a queen for two days!

One of the things I love about Salmon is how quickly it cooks – it’s such a beautiful fish and takes so many flavors well. I haven’t cooked a Miso Glazed Salmon before, but I have to say the flavor was perfect for salmon. I can see why it’s so popular.

I’ve talked before about a strategy for eating better on a budget and this is a great example. The salmon was pricey, no doubt, even on sale, but the same piece made its way around for two meals. In the first, it was the star of the show, but for the second recipe, the frittata, I used a smaller amount. The asparagus did double duty, too.

A bonus here? Miso lasts for weeks in the fridge, so I know I’ll use it for other preparations, later. While there is no true substitute for Miso, a little sesame paste or tahini (neither of these is cheap, either) can stand in and in a pinch, just leave it out. Look for any Asian ingredients on sale before the various Asian New Years. They may be unadvertised. Or pick them up for far less, anytime, at an Asian market.

When ready to cook, heat oven to broil and adjust rack about five t six inches away from the heat source.

Mix miso paste, sake, soy sauce, brown sugar and sesame oil in bowl. Coat salmon with the paste and allow to sit at least 30 minutes for the best flavor, up to an hour if possible.

Place on a foil-lined (optional, for easy clean up) sheet pan and broil for six to 8 minutes, depending on the thickness of the filets and how well you’d like the salmon cooked.

Garnish with sesame seeds, if desired.

I’m co-hosting this week at Fiesta Friday #205, along with Petra @ Food Eat Love. Stop by and see all the links! And try to figure out which we’ll pick to be featured! I’ll be bringing this recipe.