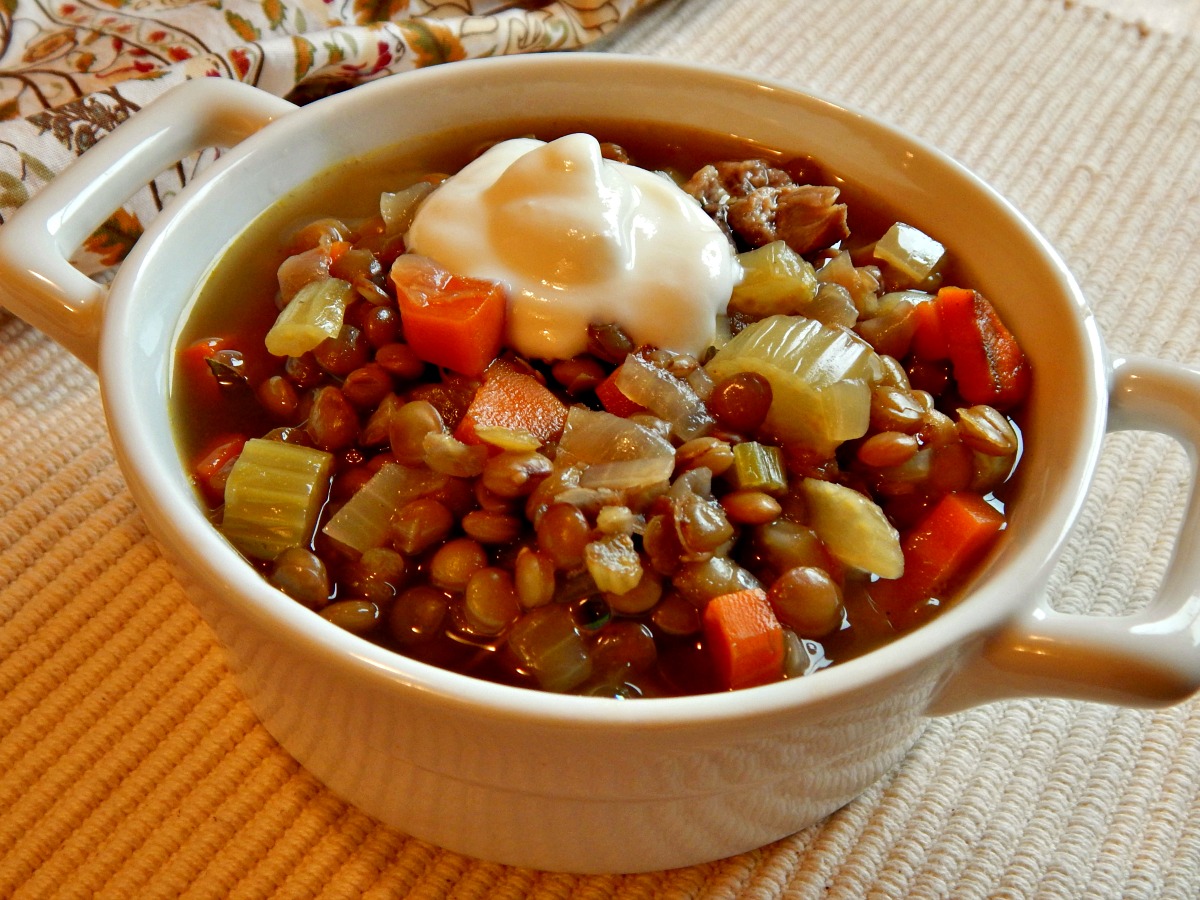 This lentil soup is flavored subtly with cinnamon, bay and thyme. I almost didn’t try it except for I was in a bit of a mood for something different – and I’m so glad I did.

On a cautionary note, do not serve this without a dab of yogurt or sour cream. It really isn’t optional and makes the soup, truly.

Even with the dab of dairy, this soup is perfect in the days following a bit of overindulgence during the holidays. Brimming with vegetables and low in fat, it’s a great use of Left over Ham and is one of the recipes featured in my post on the Twelve Days of Ham.

Saute onions, carrots and celery until nicely browned and caramelized. The teaspoon of sugar, added after the vegetables have softened, is added to aid with the browning. This process will take about 20 minutes or so.

There are three ways this soup can be made:

Before serving: Discard bay leaf and cinnamon.  Remove bone and chop meat; stir into soup. Taste for salt and pepper. It will likely need a good amount of pepper and possibly more salt.

Put Your Own Spin on It: