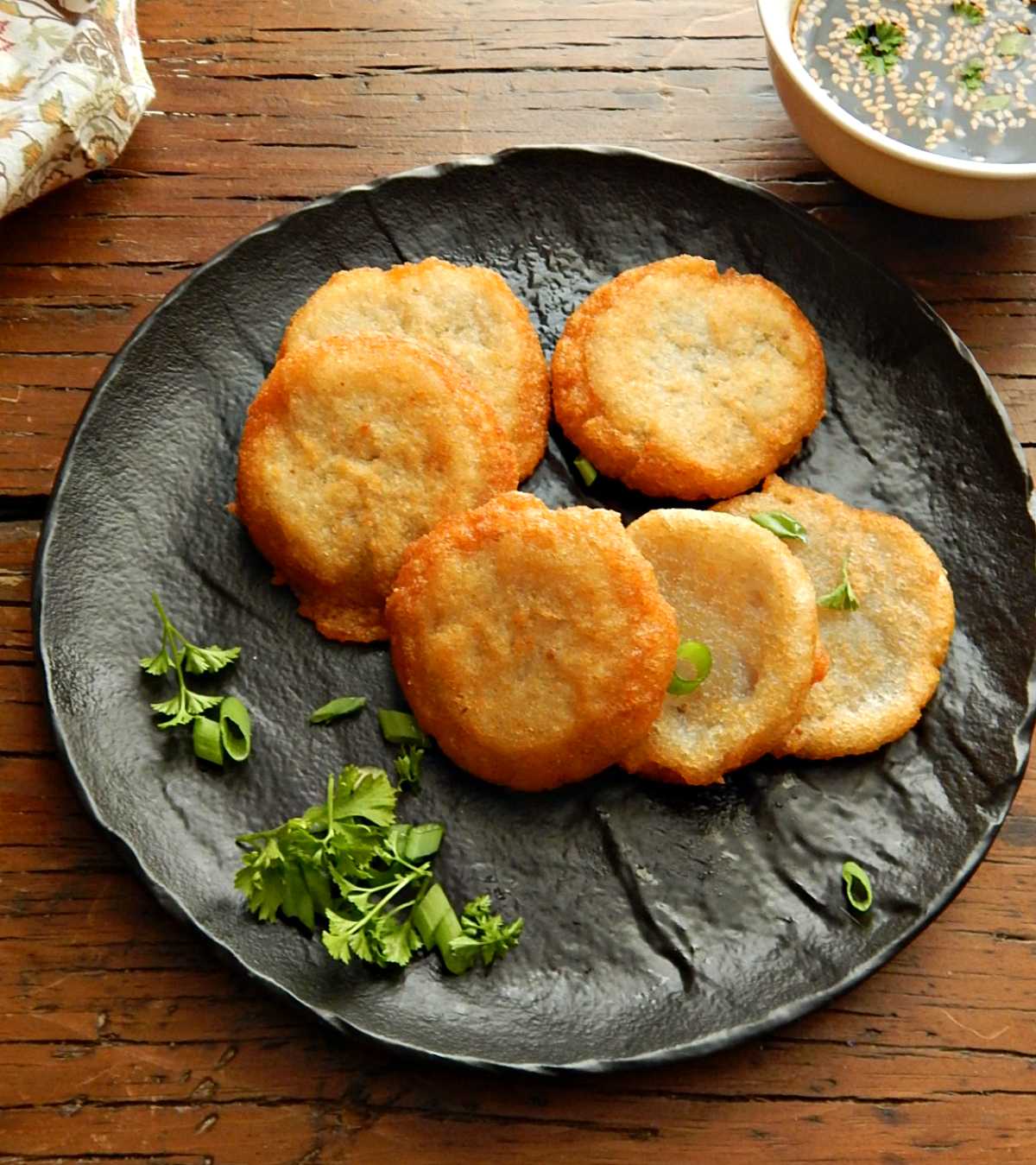 I’ve been trying to get this post for Korean Pancakes or Gamjajeon out all day! ‘Coz the Winter Olympics in Pyeongchang, South Korea. Pyeongchang is in the Gangwon Province of South Korea, dominated by the Taebaek Mountains.

Since I’m all about the food, you know I had to look up what foods are traditional to Pyeongchang. I was pretty psyched when I found that potatoes were one of the mainstay foods, which makes sense with the mountains. And guess what that means? Korean Pancakes.

If you haven’t had Korean Pancakes, you’re gonna love them. They’re like a big tater tot or maybe a latke. They’re quick & easy & you can’t get any cheaper! I’m all in with that.

There are endless variations to be made from these basic pancakes, but I wanted to just go simple and plain. Just like you might get if you were eating in someone’s home.

Korean Pancakes can be made in several ways, but usually, you’ll see the easy method (the first one) and the better method (the second one.) You’ll either:

All kinds of things can be added to the potatoes. I just used a little onion. And then I served them with my Asian Dipping Sauce. I just added in a few sesame seeds. For this batch, I went appetizer size instead of making one big pancake. They’re cute, aren’t they? And easy to turn.

One medium sized potato will make three small pancakes using a tablespoon or so of batter, or a larger pancake about 3/8ths of an inch thick. Count on a potato per person unless you have eaters that will want more than one. And you might, they’re that good!

Korean pancakes would go great with a nice herb salad. Just say “no” to sour cream or cheese sauce! In case you were tempted. Or maybe that’s just me…

Place potato chunks and onion in a blender or food processor, with enough to get the machine going. Process until finely broken down. Add lemon juice and pulse in.

Place mixture in a sieve over a bowl, making sure bowl is deep enough so there’s about two inches room between the bottom of the strainer and bowl. Cover the top of the potatoes with a little paper towel or plastic wrap.

Let potato mixture drain for 10 to 15 minutes. When ready to cook, remove the strainer and slowly dump out the liquid in the bottom of the bowl, leaving the thicker, starchier mixture behind Add potato mixture and salt to the potato mixture left behind.

Heat pan until oil is shimmering. Add potato mixture, using 1/4 of it for a larger potato pancake or in tablespoons for appetizer size.  Gently press down to about 3/8ths of an inch thick. Cook until golden brown before turning. Take your time and turn the heat down a bit if needed; the entire cooking process should take about 10 minutes.

To turn the larger pancakes, loosen with a thin spatula, quickly drain off excess oil into a small bowl (you’ll add it back in), place a plate over the skillet and turn over skillet and plate together.

Put the skillet back on the heat, add the oil back in and slide the pancake back in to finish cooking. When finished, drain on paper towels or a paper bag. Serve hot with dipping sauce.

I’ll post this guest post to Fiesta Friday 210, hosted by Laurena @ Life Diet Health and Jhuls @ The Not So Creative Cook.