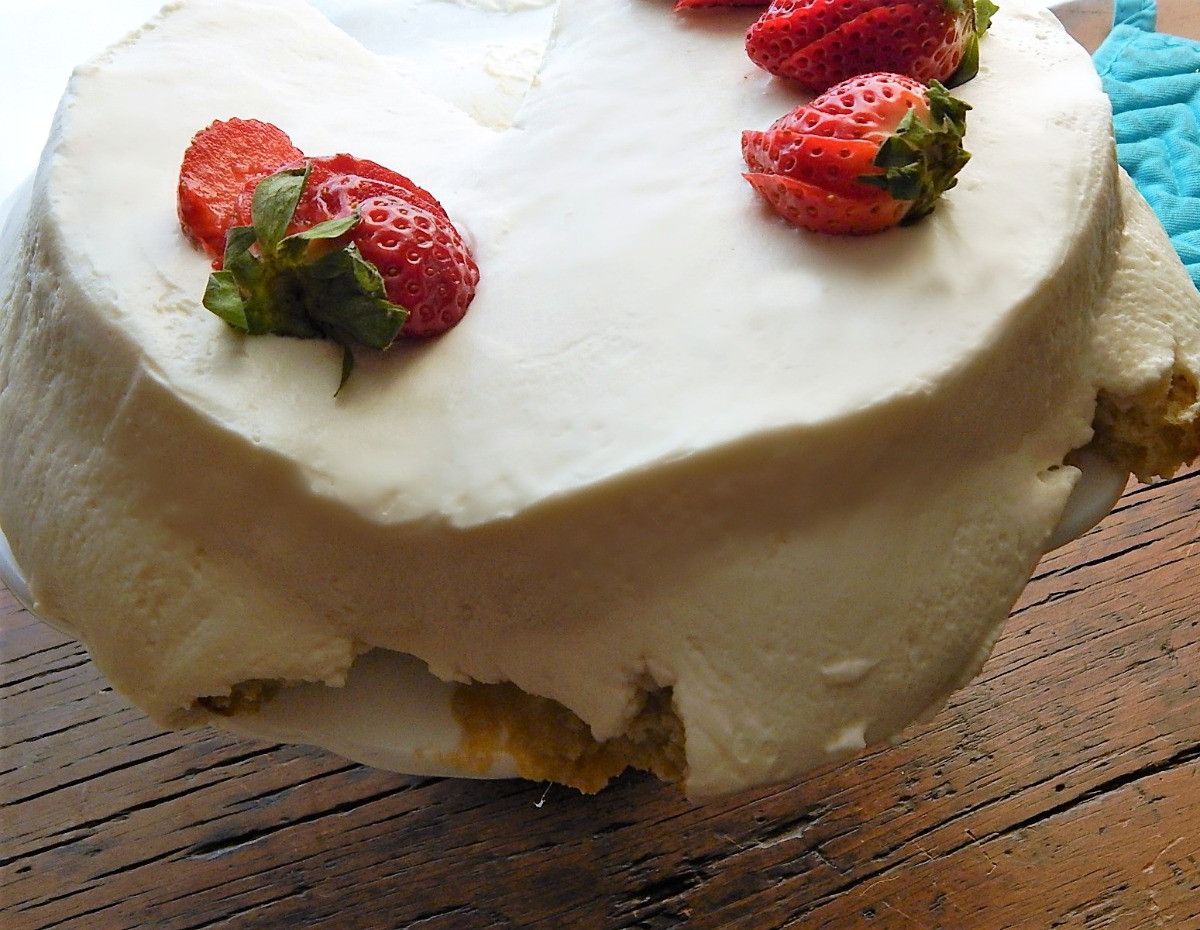 I hope everyone had a happy Valentine’s Day! I wanted to post something fun and gorge for the day, but it just wasn’t going to be! I have a lot of wonderful neighbors and one of them had a luncheon for the ladies of the area.

I thought this would be the perfect opportunity to make a Tres Leches Cake from one of our local cafe/bakeries. It would be great for the blog, for Valentine’s and for our little party.

I made it twice, which I usually do for recipes on the blog. At least twice. One recipe on my blog I made 56 times over a six month period, modifying it each time before I thought it was good enough to go on my blog!

But back to the cake. The first test was great, but I didn’t take any pictures. I thought my decorating skills were a little lacking. Then I looked at about a dozen cake decorating videos on youtube before I made it again! It really was looking pretty good…until I dumped it off the cake stand!

Then I thought it might be fun to show the results and talk about failed food! I bet there are some people who will never want to eat at my house after seeing some of these pics!!

This isn’t the first time I’ve had total food fails! There have been dozens upon dozens. It used to be Gibson (one time I turned my back and he was licking the bowl of soup I was getting ready to shoot, which I had placed on a low table!) He was a consummate carb addict and ate countless items!

How he managed to eat this Wayside Inn Carrot Cake while wearing a giant cone is still a bit of a mystery! He was wearing the cone because he was recovering from a surgery after getting into the garbage someone left out!

Gibson, who proved to be amazingly agile – nabbing food even with the cone

Chance is still not to be trusted and he is usually confined to the bedroom when food’s around. There’s no way I could watch him and take a picture of any food at the same time! Just yesterday he snatched an Italian Beef Sandwich off the counter as I was letting him out through the kitchen door.

He managed to snatch one of the Mardi Gras Scones, too. I pried his mouth open and retrieved it, whole. He was trying to hide that giant scone in there! Into the garbage that went!

Even Homer has to be watched. Cats are sneaky little devils. She’s always wanting to be right there when I’m taking my pictures. She’s pretty good and wouldn’t DARE to get up on the kitchen counters, but…

Sometimes, I carry food around the house chasing the light and I think she feels a little more like it’s ok if the food isn’t in the kitchen. In this shot, I turned my back to fiddle with something and *bam* there she was! Very delicately giving this Fromage Fort a little sniff.

Homer wanted to see what was going on with all that cheese!! She knows she’s not supposed to be on the table!!

But my human family members have been just as bad. Outrageous, even. Getting into things that had to be refrigerated, even if there’s a note on them. I mean, really, who eats chocolate pudding from the fridge at 9:00 a.m. in the morning?

Or 12 of the 14 muffins that were just baked and cooling on a rack? They were there for an hour. An hour!! Twelve muffins!! Or grabs a fork and digs into a whole pie? Or eats all the decorations off the top of a layer cake?

This lemon meringue pie looks a little funny – because Gibs knocked it off the table and ate half of it before my pics!! I was able to salvage a couple pieces for the picture.

Honestly, you’d think everyone was starving to death, animals, and people! Which I can assure you, isn’t the case! Funny, now that I think about it, Chance is the only one that couldn’t stand to lose any weight. Maybe someone should confine ME to the bedroom when food is around! It’s a new diet, folks!

Anyway, I hope you all had a wonderful Valentine’s Day, and as my neighbor said, Valentine’s isn’t just about sweethearts, it’s about love and we could ALL use a little more of that. 🙂 And hopefully, a few chuckles!

53 thoughts on “Valentine’s Day & the Cake of Broken Dreams”