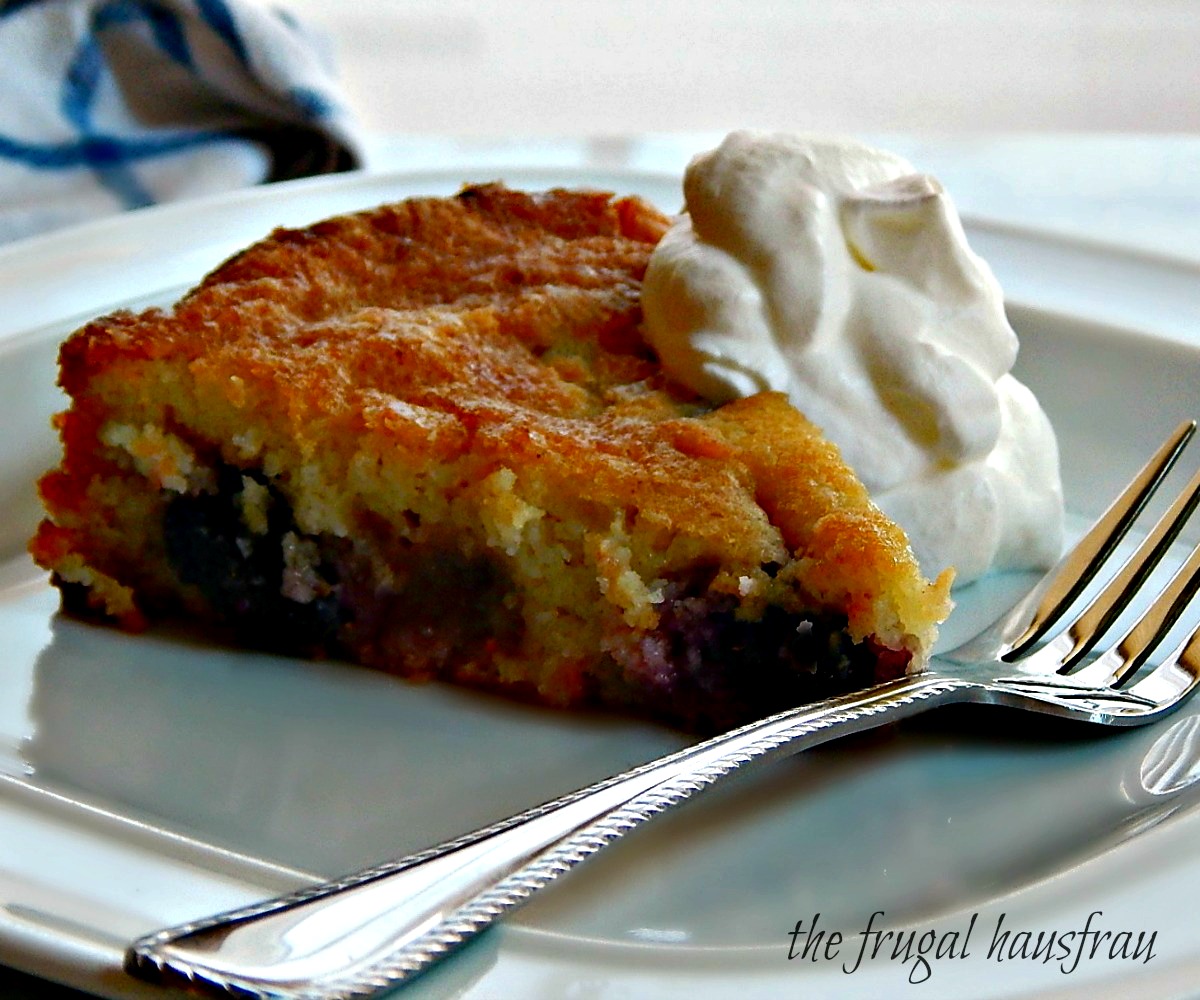 I’ve been making little summer cakes all summer long, and one I especially wanted to make was the famous Original Plum Torte by Marion Burros of the New York Times. The Times published this recipe every year from 1983 to 1989 and pledges every year the recipe will be available to all. The more I thought about, though, the more I wanted to forgo the plums and adapt the recipe. So here it is, the Original Blackberry Torte.

So now it seems we have our new favorite summer dessert! Seriously, I could eat this any time, all the time. I’m pretty much obsessed. Sorry chocolate, you’re going to have to move over (again) for this one.

This is really the perfect little casual cake. The kind of toss together, super simple (if you’re not old like me and can’t remember anything, anymore) easy enough to memorize and toss down at the drop of a hat, cake. Perfect for when you just want a little sumpin’ sumpin’ in the afternoon or need something g easy to make for drop in or last-minute guests. It can be frozen, too, according to the Times, and reheated in the oven but I have yet to try that.

This torte was jammy deliciousness, just sweet enough with the smaller amount of sugar given in the recipe. My blackberries sunk into the cake which is responsible in part for all that jammy deliciousness. They formed a wonderful layer at the bottom of the cake. Now, the New York Times photo for the Original Plum Torte showed the plums at the top of the cake…my guess is that blackberries (and probably other smaller fruit) just aren’t large enough to poke through the batter to the top. No worries though – it is fabulous just as is.

This cake was perfectly delish the first day but began to soften on the second. By the third day, the cake was almost pudding-like in its moistness. If you don’t care for that, I suggest you gobble it all up right away! Which shouldn’t be too hard to do. I served with whipped cream, but ice-cream would be great, too.

Since I was going for pure unadulterated blackberry flavor, I left the suggested teaspoon of cinnamon out of the recipe, just sprinkled the top of the cake before baking with a little sugar. Since I plan on using other fruits, too, who knows; maybe I’ll try it in the future with a little cinnamon’ I wonder how little chunks of apples would be in this cake. As far as the kinds of fruit that can be used besides plums or blackberries, reviewers of the recipe warned to use firm fruit, nothing too juicy.

There really isn’t anything difficult about making this cake. Cream the butter well and make sure it’s at the right temperature, which is soft enough to bend and still hold it’s shape. If it’s too soft, it won’t hold the fruit correctly. Since I’m at the folk’s house and it’s always so hot hot hot here, it might be that my butter was a bit softer, which might be responsible for the fruit sinking. I didn’t toss them in flour, and old trick to keep fruit from sinking since the fruit is simply placed on top of the batter and I was worried I’d have strange, flour-covered berries.

I used a 9″ springform pan but might try it in my 8″ for a little more height, next time, in which case, I’d probably bake it for a couple of minutes longer. A 10-inch pan, one of the suggested sizes would make for a very thin cake.

The only pricey ingredient here was the berries – just pick them up on sale. They’re in and out of the sale on rotation all summer long. Usually, there’s a low around any summer holiday as the grocery stores try to lure you in the door for your holiday shopping. And of course, in season, you could pick your own. 🙂 Prices for berries are decent at both Aldi and your buyer’s club, too, rivaling the grocery store sales price.

If you are flexible about the type of fruit you wish to use, and buy whatever is on sale, you’re likely to spend less, usually about half price, than if you decide to use a certain berry and just pick it up at the store willy nilly, without regard to price.

The rest of the cake is really dirt cheap to make. It’s gotten to the point where I never buy eggs, butter or cream (just in case you wish to serve this with the whipped cream as an accompaniment) at the grocery store any longer unless it’s on a deep sale, usually around holidays. Aldi always has a great price on a pint package of cream and Costco has cream by the quart with a pretty good price. In my area, it’s not quite as good as the Aldi price.

Butter at either Aldi or the Buyer’s Club is usually about the same as a great grocery store sale price. I’ve noticed at Aldi, it will sometimes go on sale around holidays, too! When you see a really low price, pick it up and chuck it in the freezer. I even go so far as to calculate out the weeks until the next great sale and buy enough to last to the next sale.

The Original Blackberry Torte is a super easy simple little cake that can be made all summer long at the drop of a hat; Use your choice of fruits!

Cream the sugar and butter in a bowl. Add the flour, baking powder, salt, and eggs and beat well.

Spoon the batter into a springform pan of 8, 9 or 10 inches. Place the plum halves skin side up on top of the batter. Sprinkle lightly with sugar and lemon juice or cinnamon, depending on the sweetness of the fruit.

Bake 40 minutes to 1 hour, approximately. Remove and cool; refrigerate or freeze if desired. Or cool to lukewarm and serve plain or with whipped or ice-cream. (To serve a torte that was frozen, defrost and reheat it briefly at 300 degrees.)

To freeze, double-wrap the torte in foil, place in a plastic bag and seal.

I’ll be posting the Original Blackberry Torte recipe to Angie’s Fiesta Friday #184, hosted this week by  Petra @ Food Eat Love and Jhuls @ The Not So Creative Cook.