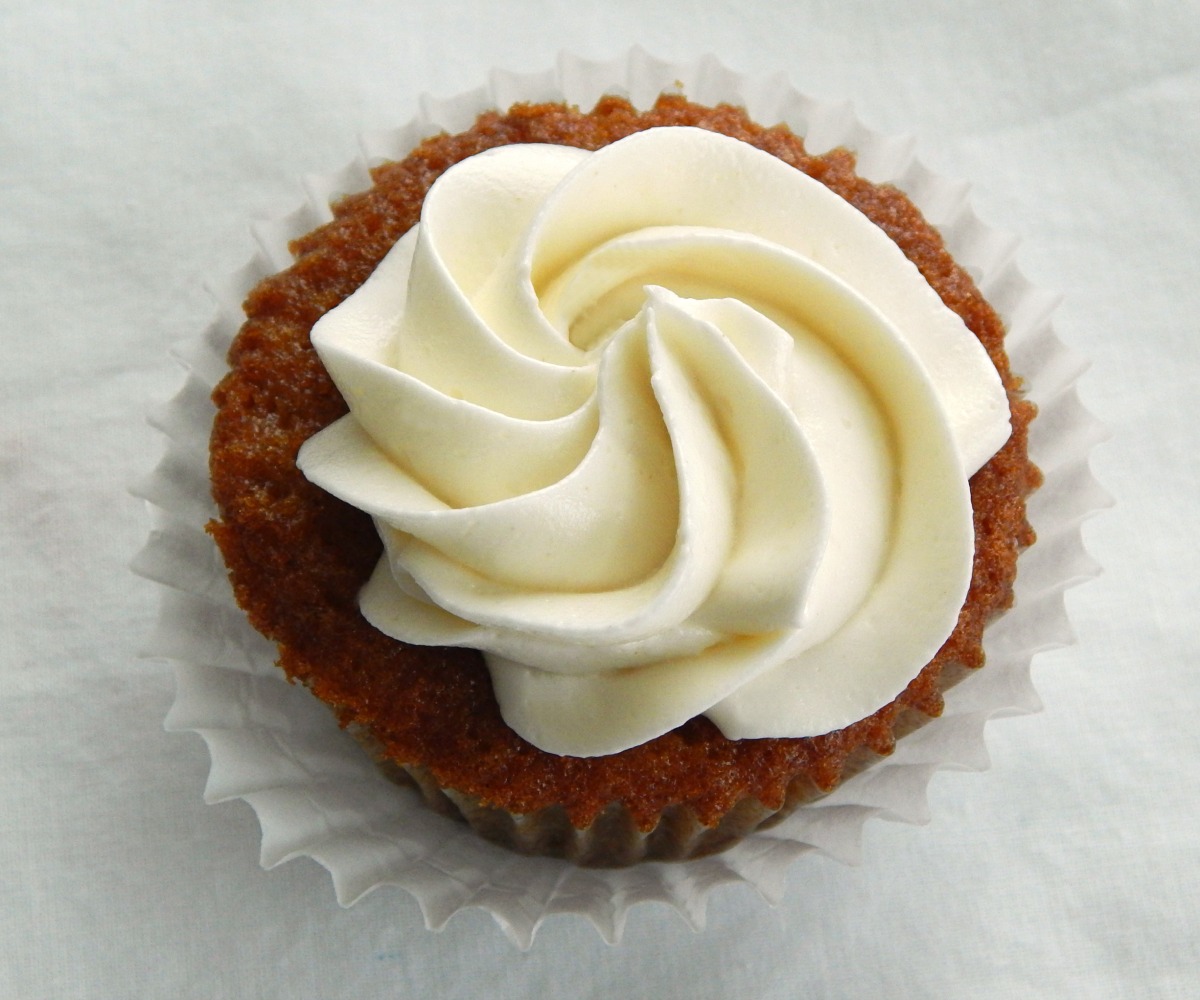 While it might sound a bit “blech” at first thought – I know, flour in frosting? Trust me on this, It’s delish. This is just one gorgeous, silky buttercream with an absolutely rich, mellow taste. As a matter of fact, one taste and you’ll never forget it!

Ermine Buttercream Frosting doesn’t taste of flour and it has the advantage of being a lot less sweet than some buttercreams. It also doesn’t use egg so there is no worry about safety. Heaven help us for the amount of butter in this frosting, though! It’s rich and decadent.

My Mom made Ermine Buttercream Frosting for our favorite cake (see My Mothers Chocolate Cake) and she often told me how she & her friend, Bev, pulled it from McCall’s when Mom was at the doc’s, pregnant with me…way back in the late 1950’s. She made this cake all the time…the funny thing is she commented once how good it was but thought it was a shame it wasn’t prettier. The original recipe was skimpy on the frosting so I increased it. Now it’s a looker!

Ermine Buttercream Frosting is the original frosting for Red Velvet Cake, too. Over the years, Ermine Buttercream Frosting has fallen out of favor and is often substituted with Cream Cheese Frosting, probably because this frosting can be a bit finicky in the heat. That’s really not so much of a problem these days when so many of us have air conditioning, but if you’re thinking about putting this on cupcakes and letting it sit out in the sun for hours when it’s 95 degrees out, just beware. Although most frostings won’t fare too well in those conditions.

Lately, Ermine Buttercream Frosting seems it is going through a bit of a resurgence. And with good reason! It’s really quite remarkable. There are a couple of things to know about this frosting, for ultimate success:

There are two different ways to make this frosting; in one the sugar is cooked with the flour and in the other, the sugar is creamed with the butter and the pudding-like flour mixture is added to the mixture. The recipe, below, is the first, and probably the easiest way, because it ensures the sugar is completely dissolved.

Keep the above hints in mind and you’ll have a gorgeous Ermine Buttercream Frosting. While the recipe says to keep refrigerated, that really depends on the temperature. I’ve never had a problem but I tend to keep my house cool. Now I’m staying at my folks, where it is always 300,000 degrees, and I had to refrigerate. Obviously, if it is too hot in the room, the butter will be melty! If refrigerated, it’s best brought out to come to room temperature for serving.

Butter and most baking goods go on sale at every Holiday. There’s really no sense in paying full price for butter. Pick it up on sale and stash it in your freezer. Barring that, buy at Aldi or your buying club.

This silky, smooth, creamy frosting will win your heart. Ermine Buttercream was the original frosting for Red Velvet Cake.

Place sugar, flour, and salt in a small saucepan and whisk together. Stir in milk. Cook over medium heat, stirring constantly until mixture comes to a boil. Continue to cook a very short time, stirring, until very thick.

Remove from heat and pour into a medium mixing bowl. Cool to room temperature.

When cool, whisk in a stand mixer, using whisk attachment or beaters if using a hand-held. Add butter a tablespoon at a time until smooth. Add vanilla and beat in. Chill frosting for a few minutes before decorating.

It is recommended to refrigerate cake or cupcakes until ready to serve; bring out in enough time to reach room temperature.

You know I’ll be bringing Ermine Buttercream Frosting to our Throwback Thursday #31 Link Party, hosted by Quinn of Dad What’s for Dinner, Meaghan of 4 Sons are Us, Alli of Tornadough, Carlee from Cooking with Carlee and Moi! That’s right – me!

Of course, I can’t miss bringing this to Fiesta Friday #112, hosted by Angie and co-hosted this week by Natalie @ Kitchen, Uncorked and Hilda @ Along The Grapevine. Wow, 112 consecutive weeks!