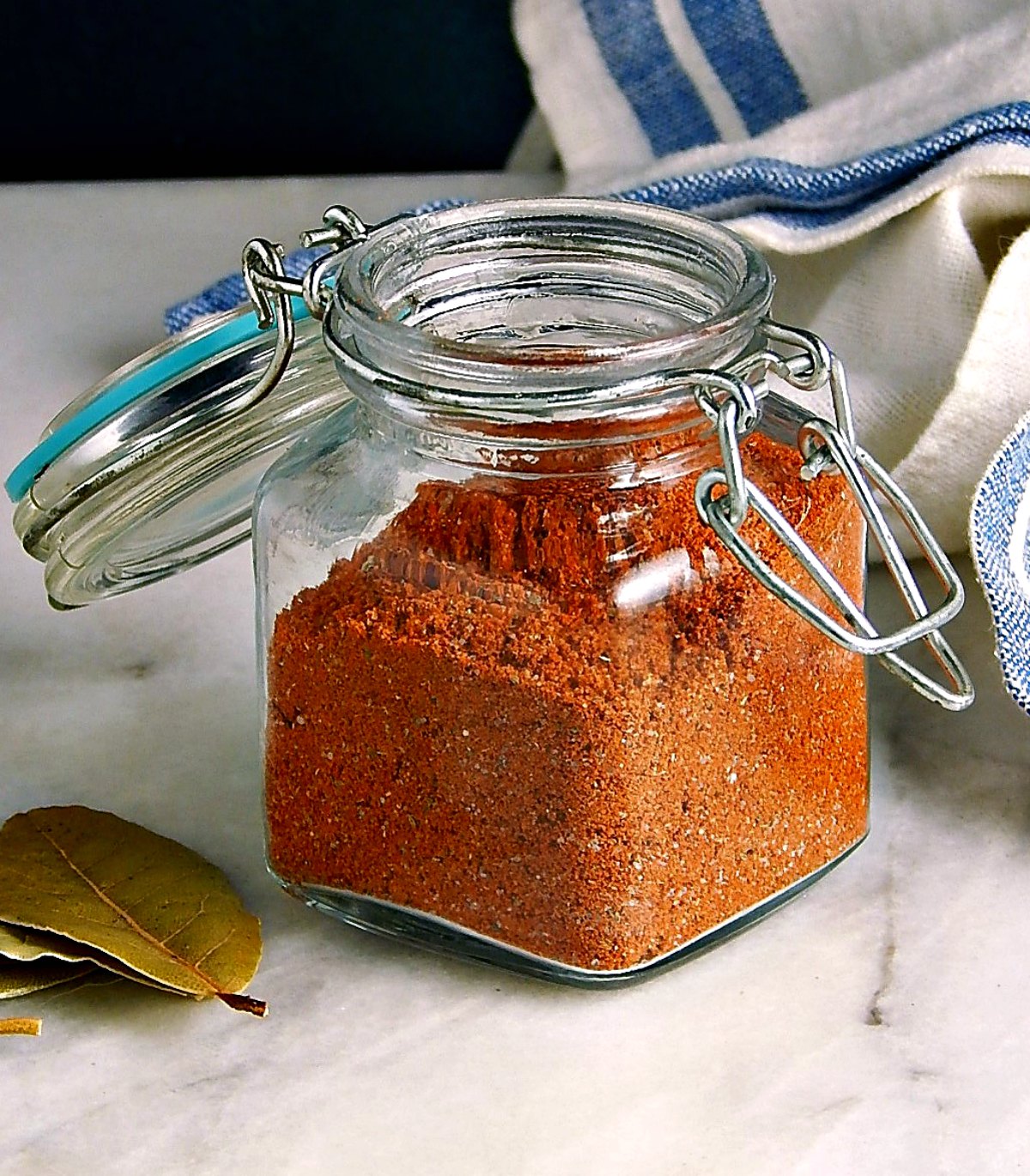 I absolutely love this Substitute for Chili Packet Recipe. That’s because the spices and herbs are based on my favorite Chili recipe. I can’t claim that it might taste exactly like any of the commercial packets you might buy, but I can claim this will make a perfectly delish pot of chili…great flavor, not too spicy and family-friendly.

I have always been a scratch cook (mostly because that’s how I learned to cook, and as an adult, I soon learned that homemade was almost always less expensive than buying convenience products) and I started making packet substitutes for recipes to save time. Any time I made something with a bunch of herbs & spices, I’d measure out extra to use later as a shortcut. Before I knew it, a had a cupboard filled with my homemade concoctions.

About Substitute for Chili Packet:

One thing I noticed right away when I standardized my measurements for these chili packets is rather than adding and tasting and adjusting and adding a little bit more of this or little bit more of that like I was prone to do? There was no more standing at the stove, thinking “What’s this missing?” Cooking was so much faster and was so much easier. Also, there was no more of this: Child: “I don’t like Chili.” Me: “Well, you liked it last time.” Child: “It doesn’t taste the same!” Hard to argue with that!

And so that is how my own signature chili packet substitute came about. It’s nothing over the top flamboyant, nothing “competition” worthy, it’s just good plain eating chili. I hope you’ll love it as much as we do. Of course, one of the beautiful things about making your own Chili Packet Substitute is that you can tweak the recipe however you would like it..

If you already have a favorite chili recipe that you love to make, you can reduce it down to your own custom spice mix. Start with a single recipe’s worth, and figure out how much onion powder you’d like to use instead of the onion in the recipe, how much garlic powder instead of the garlic called for, how much chipotle powder if your recipe calls for chipotle, and so on. Then, of course, add in any measured dry herbs and spices and salt and pepper in your recipe. The next step is to measure the whole works out, so you know how many tablespoons to use for a batch, give it a test run and then if it passes muster, measure it out in quantity.

So there’s nothing to making this Chili Packet Substitute. If you’re new to cooking, you might want to know that 3 teaspoons equal one tablespoon. It’s always handy to know that.

And as far as using a packet? 2 1/2 to 3 tablespoons of this spice blend equal about the amount of one packet. Go with 2 1/2 if you know your family likes really mild chili (I won’t say wimp if you won’t, lol) and if you guys are just your average person who likes chili with just a bit of spice but nothing too serious, go with three. If you do like more heat, don’t add more of the mix. That’s when you start adding in spices or more spices with heat. Increase the cayenne, add a few red pepper flakes, look at individual chili powders other than just cayenne, like Ancho or Chipotle. And of course, feel free to reduce the salt if you need to – another plus of customizing your own seasoning blends.

To use this blend in a recipe: Saute a diced onion and diced green pepper in a little oil until softened. Brown a pound of ground beef and drain fat. Add in the chili mixture, and stir around until fragrant. Add in the sautéed vegetables and a 15 ounce can of crushed or diced tomatoes plus juice. Add a little water or stock until desired consistency. Add a can or two of beans, pinto and/or kidney; rinse beans first. Bring to a boil and turn down to a simmer. Cook until flavors are blended and chili is thickened as desired, at least 30 minutes at a simmer.

Think outside the box when buying spices; I rarely visit the spice aisle any longer. I look for the basic common spices in jugs, especially ones I know I’ll go through in my blends and rubs. I find great prices in the little bags in the produce aisle. While some stores might have a bulk area where you can buy just the amount of spice you need, for the most part, you’ll be paying more for spices that way. The only time I would ever consider it is when I know it’s a one-off spice or herb that I’ll likely never use again.

Spices I don’t use often, I’ll buy in a whole seed form. Most will keep for literally years in a glass jar, tightly lidded, in a cool, dark cupboard. That means not over your fridge or over your range. Then when I need a bit I can pull out my coffee grinder (back in the day when I bought mine, spice grinders were far more expensive than coffee grinders) and whiz it into powder. That way I’m not tossing old jars of spices that have lost their oomph. If you have a spice that just won’t break down all the way to a powdery substance, shake it through a small strainer.

A classic and family friendly spice mix for Chili

Mix all spices together. Seal in a tightly lidded jar in a cool, dark cupboard. This will make about four to five pots of chili.

2 1/2 to 3 tablespoons generally works well for a pot of chili using a pound of ground beef.

16 thoughts on “Substitute for Chili Packet”