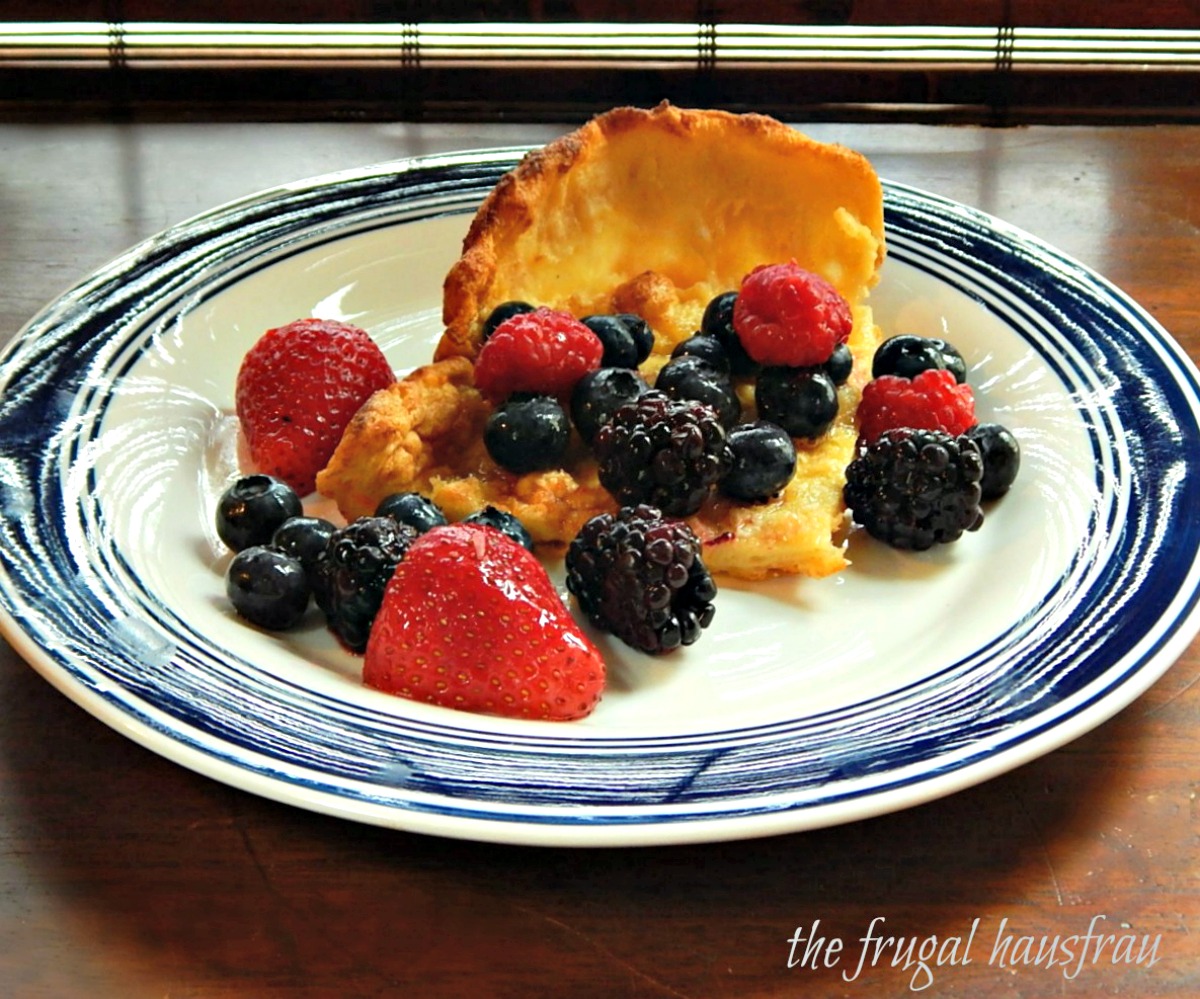 Awhile back, I declared, after eating the delightful Blackberry Yogurt Swirl Popsicles that I made, that this might be the year of the popsicle. Well, I haven’t made one since. But I noticed I’ve been making an awful lot of pancakes; it just snuck up on me. So maybe this is the year of the pancake, instead.

Maybe a bunch of pancakes isn’t such a bad thing? I know there’s nothin’ bad at all about a Puffy Pancake, for instance. I mean, c’mon: crisp edges, soft, custardy center, sprinkled with powdered sugar that just kind of melts into that warm deliciousness!

And then a good squeeze of lemon, maybe some berries? Honestly, I wish I had one right now, but they’re best made and served right from the pan. All that drama of that glorious pancake brought to the table and laid down like an offering…it’s a shame it’s such a fleeting thing.

My first, ever Puffy Pancake, made long before I knew they were credited by the New York Times to David Eyre (where did he get the recipe from?) was served to me by my Stepmom, Pat. Pat, who was from California and had all kinds of “ideas” and this was one of the best. Now, I’m serving them to her, so we’ve come full circle.

She made them, and so did I, for years in a glass Pyrex pie plate. Then somewhere along the line I started using my trusty 12″ cast iron pan. The one my Mom gave to me when I went off to college – which makes it over 40 years old! Today, on a whim, I used my newer-fangled 10″ enameled cast iron. I’m telling you, a 10″ is the way to go, here.

This Puffy Pancake could hardly be cheaper to make – watch what you serve it with if you want to come in at a budget. Berries are probably one of the priciest of the seasonal fruits and admittedly a splurge. Jams & Jellies are generally at their least expensive just a few weeks after harvest – look for sales & coupons starting around now & stock up. Makes sense, because the warehouses are full.

While the oven and pan preheat, in a mixing bowl, beat the two eggs. Add in the flour & milk and whisk until incorporated with just a few lumps remaining.

When preheated, remove pan and add butter. Swirl until butter melts, then immediately add the butter and place pan in oven.

Bake for about 13 – 15 minutes until the pancake is puffed, golden brown around the outside and looks nearly dry in the center. Working quickly, remove pancake and sift the powdered sugar (using a fine sieve) over it, then return it to the oven for another 1 – 2 minutes.

Sprinkle pancake with lemon and serve immediately with desired accompaniments.

I’m toting this recipe over to Angie’s Fiesta Friday #185, hosted this week by Suzanne @ apuginthekitchen and Monika @ Everyday Healthy Recipes. I encourage you to take a second or two, click over to the party and see what it’s about. Angie has one of the most amazing link ups and it’s so much fun to see what the bloggers are making each week.

David Eyre’s Pancake; this was one I made some time ago.