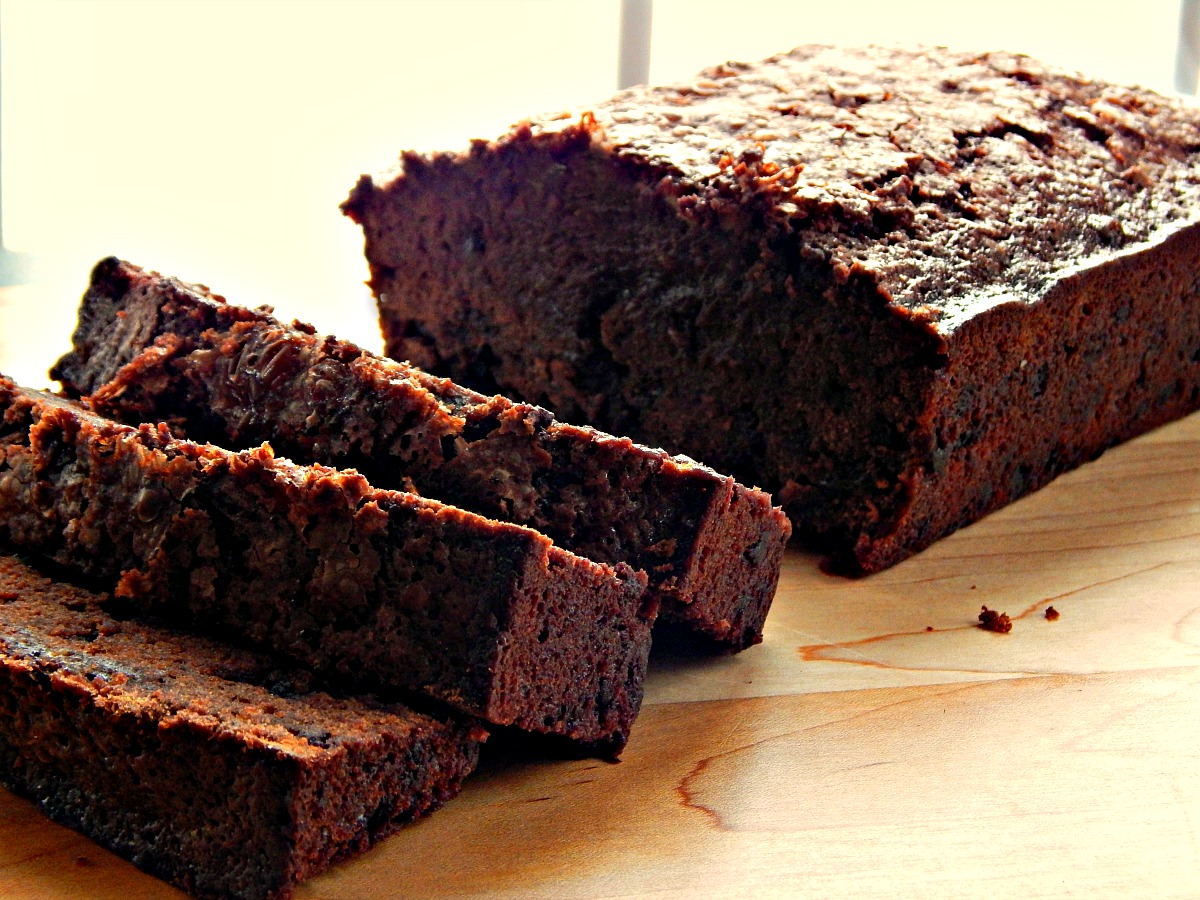 I came across a super easy recipe and just HAD to make it. Mainly because I’m at the folk’s house right now and they have a kazillion boxes of brownie mix in the pantry. And who doesn’t like Brownies and Banana Bread? And why not combine them?

Now anyone that knows me knows I won’t stoop to make a boxed brownie. Oh, no, not me. They’re easy but I just don’t like them. I even blind folded a friend once and had her taste my brownies and then a boxed one just so she could taste the difference. So maybe I can be just a little “over the top” sometimes. 🙂

But that’s because I have the best ever brownies in the universe on my blog, Hershey’s Ultimate Double Chocolate Brownies.

But faced with too many boxes of brownies languishing away and my Step Ma’s insatiable sweet tooth – I made this Brownie Banana “Bread.” That’s ok, isn’t it? Coz it’s not really a brownie any more and it isn’t cheating on my favorite brownie if this is a “bread!”

This recipe came from 50 Fixes for Boxed Brownies. I hafta tell you I had serious doubts about posting this recipe. I’m very picky about what goes on my blog and adamant that every recipe is absolute deliciousness, usually from scratch, and works flawlessly every time.

But this? I baked it and baked it and baked it – well beyond the promised hour. Finally, I pulled it at an hour and 25 minutes after seeing that the edges had pulled away and were in danger of being overdone. And when I sliced it (warm of course coz who has patience to let things cool?) I was faced with a range of gooey deliciousness inside. Best of all, it was still fudgy after it cooled.

Ultimately, it was somewhat addictive. A little crunchy on the outside and all creamy and gooey and fudgy inside and we kind of fell in love with it. What were really flaws turned out to be what we liked the most. And my ultimate rule on what I post is “Will I make this again?” And that’s a resounding yes. Especially since we still have a lot more boxes of brownies hanging around!

In a large bowl, combine the mashed bananas, oil and eggs. Add the brownie mix and stir until just combined.

Pour the batter into the prepared loaf pan. Bake for 1 to 1 1/2 hours or until a tester inserted in the center comes out clean, but watch the edges and pull before they’re over done.

Let the bread sit in the pan for 15 minutes, then run a sharp knife around the edges and invert to remove the bread. Cool the bread completely on a cooling rack before slicing.