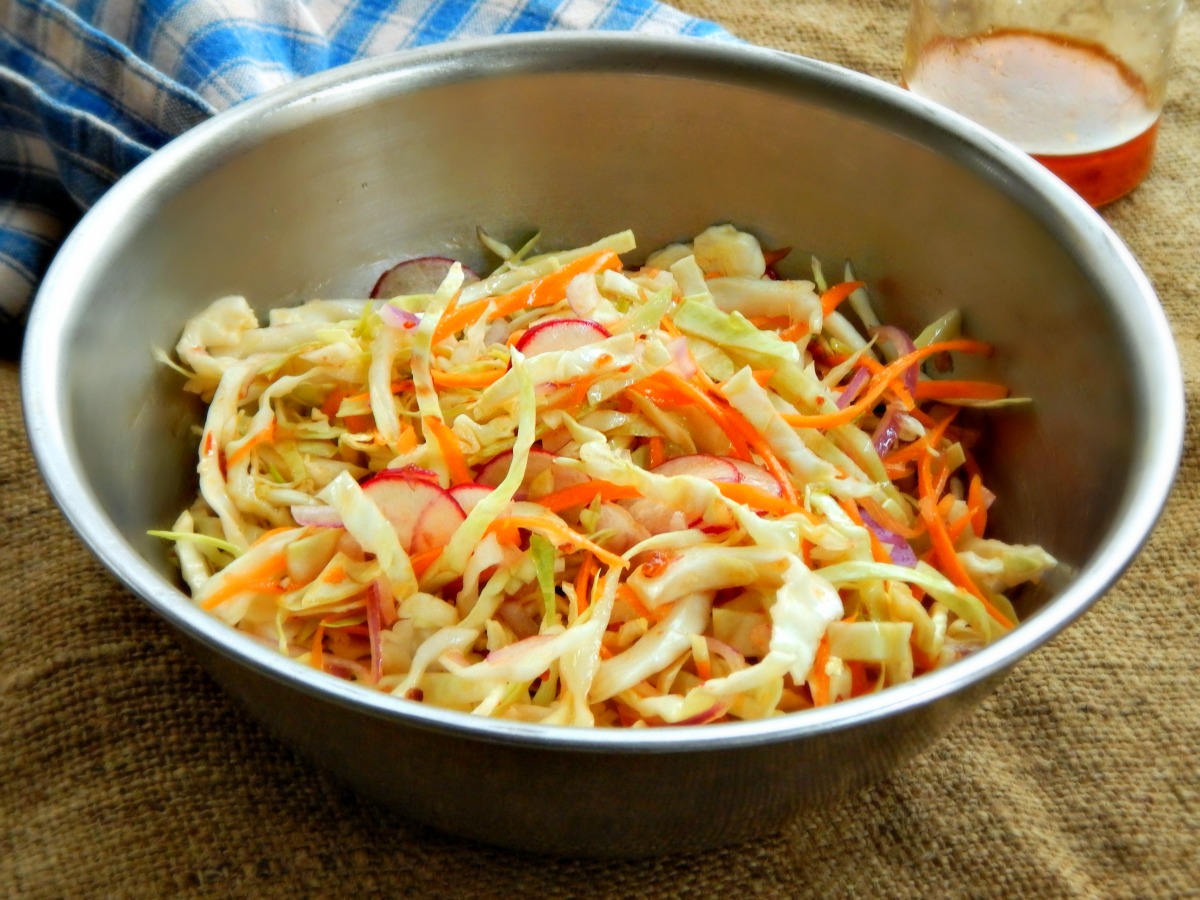 I’ve kind of fallen in love with this recipe, which is just a component in a meal to come. So I guess it’s a “teaser” recipe. Bright and crunchy with a Vietnamese “flair” this is a marvelous slaw to serve with all kinds of things.

The upcoming recipe is Vaguely Vietnamese Slow Cooker Tacos, and I’ll have that out to you, soon. It’s been a crazy, crazy week! Painting, puppy classes, yard work & Halloween decorating! But back to the slaw – I’ve already made it twice this week. The flavors are a bit addicting.

While I served this slaw initially with Slow Cooker Tacos, it also came out again as a side with some pulled pork sandwiches and a side with plain old sandwiches for lunch. It just gets better and better over time.

On the first day, it was bright, crunchy and a little benign. The second day the cabbage had absorbed a bit more flavor and the slaw developed a bit more of a kick.

With a slaw like this, you can add just about any vegetable your heart desires, but I stuck with the basics. The recipe in the Times used Asian pear (which, alas, the folks apparently took a bite out of and tossed in the trash) and cucumber, which I forgot. I loved it as is, and repeated my “mistakes” for the second round!

For the dressing, in a small bowl or jar, combine the vinegar, lime & zest, ginger, oils, Sambal Oelek or Sriracha to taste, sugar & fish sauce. Mix together.

Place slaw ingredients, the cabbage, onion, carrots and radishes and mix together. Add dressing to moisten (there may be a bit leftover dressing) and toss to combine. Garnish with cilantro if desired.

This is best if made a little bit ahead and continues to improve with time.