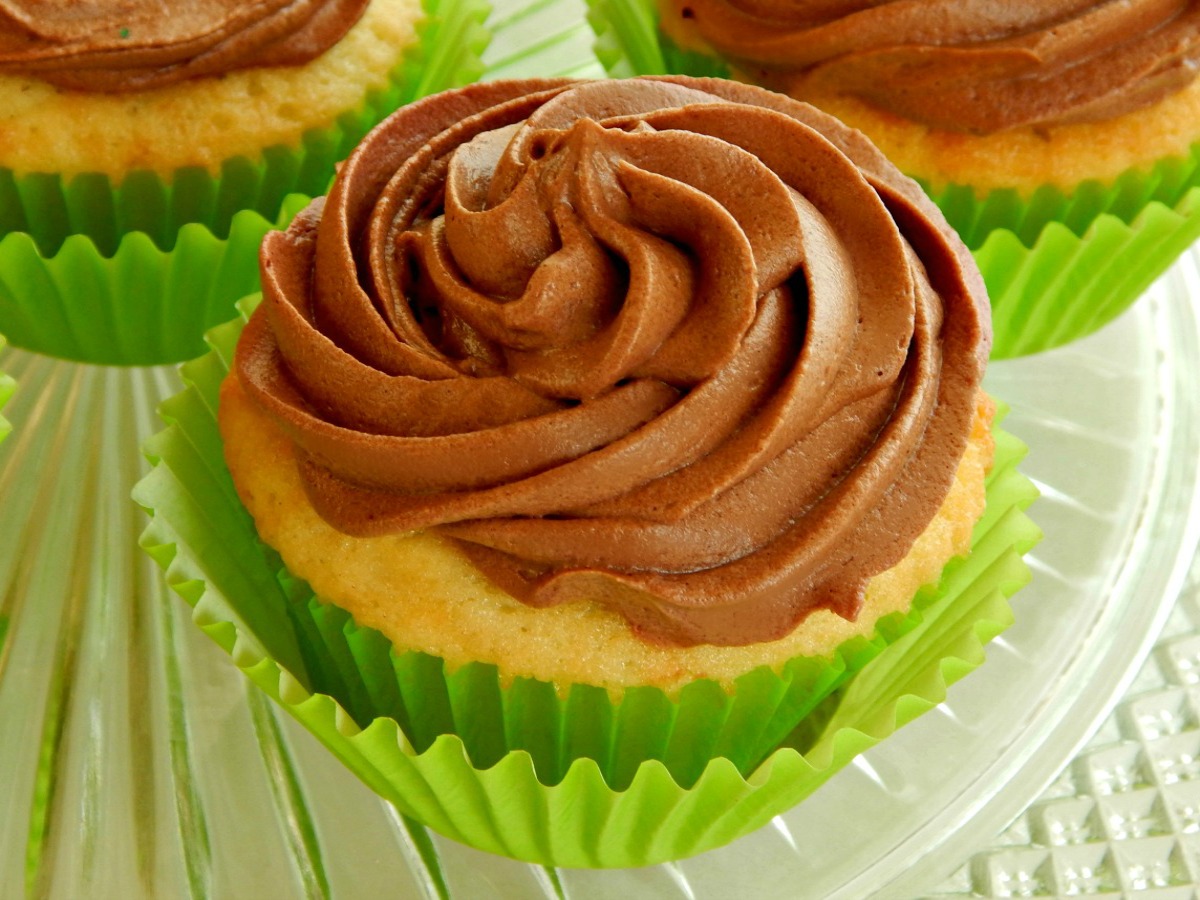 I also wanted enough of this to frost a bunch of cupcakes – because on a day like St. Patrick’s day, you’re going to need the fortification – after all, you’re going to have to get through that parade and face crowds, weather and walking!

This makes enough to generously frost 24 or so cupcakes and it’s light and fluffy. Don’t use it for the center of a multi-layer cake as a filling; it’s much too airy for that. It’s gorgeous, light and mousse-like. You’ll love it if you love Bailey’s and chocolate! 🙂

If you’d like, this would be a perfect recipe to make from my home-made Bailey’s Irish Cream. Be forewarned, it’s not your old-fashioned Bailey’s recipe made from condensed milk – it’s my “Reverse Engineered” Bailey’s and it is delicious!

I found as I was making this that buttercream isn’t as exact in measurements as I always thought – there’s plenty of room for dipping if you want and it works fine if you don’t. You know what’s coming next, right? That cupcake recipe! 🙂 🙂 🙂 And it’s fabulous!!

Place chocolate in a heatproof bowl. Heat Bailey’s to boiling point in the microwave or stovetop. Pour over chocolate, add the corn syrup and leave to stand for three minutes. Gently stir together. Add sour cream and stir in.

Refrigerate until cold, stirring every 15 minutes. If you use a light metal bowl, this should take about 45 minutes.

When the chocolate mixture is thickened and cold, place in a mixer bowl and whip, using a spatula to scrape down sides, until mixture is lightened in color, about two minutes.

Add butter a tablespoon at a time, whipping well after each addition and scraping the sides and bottom of bowl as necessary.

You know I’ll be bringing this to our Throwback Thursday #29 Link Party, hosted by Quinn of Dad What’s for Dinner, Meaghan of 4 Sons are Us, Alli of Tornadough, Carlee from Cooking with Carlee and Moi! That’s right – me!

I’ll also be bringing this recipe to Fiesta Friday 111 hosted by Angie and cohosted this week by Naina @ Spice in the City and Julianna @ Foodie On Board, as well as Freedom Fridays, What’s Cooking Wednesdays & Weekend Potluck.

20 thoughts on “The Best Bailey’s Frosting – That really tastes like Bailey’s is in it.”