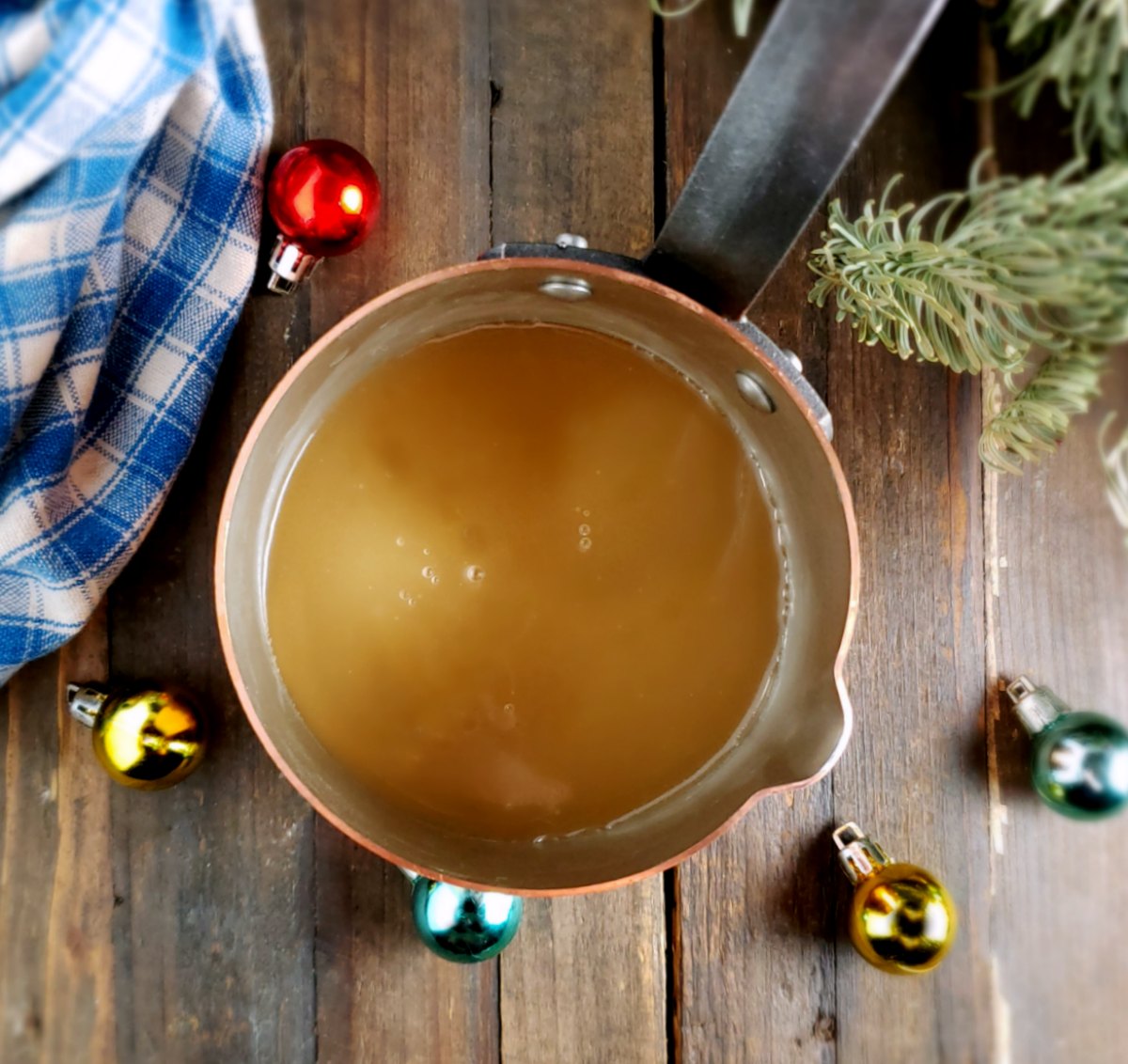 When I was a kid, growing up in the Midwest back in the 60s, Rum, Whiskey or Vanilla Sauce was everywhere, it seemed. It would sneak into Church suppers and funeral luncheons, it was served at school hot lunches, in diners, and sometimes versions of it showed up at home, on some dessert or another.

I always thought it was kind of mysterious. My Mom never made anything like it, and once I asked her as I was eating something, and she just shrugged it off. Maybe it wasn’t her jam. It probably wasn’t because it was sweet, buttery, delicious and usually napped over baked goods like bundt cakes, spice cakes, gingerbread or apple cake, maybe bread pudding and Mom, it seemed was always on a diet.

About Rum, Whiskey or Vanilla Sauce:

And as I grew up, and moved out of the Midwest, I didn’t see it so much. Maybe it was a more of a Midwestern thing, maybe it had just fallen out of fashion. I just kind of forgot all about it. Hey, I had other things on my mind. I was no longer that kid who’d edge up to the card table in the church basement, nose probably level with the top of the table, just looking for something with that wonderful warm sauce.

Then I came across it in a cookbook and there it was! My sauce! And I can see why I was a little confused. This same silky sauce can be flavored in so many ways. It’s often the basis of a Rum Sauce, and probably about half the time, there will be raisins in it. Which is great if you like them. The Rum flavor goes well with apple, pear or spice desserts. It can be flavored with Whiskey or Bourbon, which is great over bread pudding, especially my Irish Bread Pudding, shown on these pages. There’s really no reason to limit yourself; try Brandy if you’d like or any other favorite hooch along those lines. Just make sure it’s a “clear” alcohol.

And of course, if alcohol is an issue, it’s every bit as good with a good dose of vanilla instead.

It’s the perfect little thing to fancy up so many desserts, the kind that usually isn’t frosted, but it can never be wrong when used as a little syrup, maybe over pancakes or waffles or even ice-cream. Just use a light hand; it’s sweet. Very sweet. Yeah, just in case your kids are like mine and like to dump as much as possible of any syrup-like substance on their pancakes!

There’s not much to making this sweet little sauce. Melt the butter in a saucepan and take it off heat. Then just add the sugar and cornstarch (that helps thicken it and give it the silky smooth texture) and stir everything together. It will be sandy and that’s ok. It will smooth out as you slowly whisk in the water and then the alcohol or extract..

Return the pot to the heat, bring to a boil and simmer until it’s rich and thick about 10 minutes. As it cools from molten hot, it will turn to the perfect consistency. If not, you can always thin with a bit of water or thicken it back up by heating back to a boil and simmering for a few minutes.

We always just stored this at room temperature if there was anything left; it never lasted long if there was. These days, I imagine it would be advised to refrigerate. It will just about solidify if refrigerated or at the very least, turn to sludge. Gently heat back up in the microwave, a few seconds at a time, stopping to stir and it will be restored.

This sauce is super inexpensive to make; oddly enough, with the price of vanilla skyrocketing (updated January 2020) sometimes using alcohol is the cheaper way to go!

Melt butter in small saucepan, remove from heat. Mix cornstarch and sugar together and add to butter. It will be sandy. Add the water, pouring slowly while whisking. Return to heat and simmer, stirring often, until thick and bubbly. Remove from heat and add the alcohol or extract. Add raisins if using.

This will thicken as it cools; serve slightly warm.