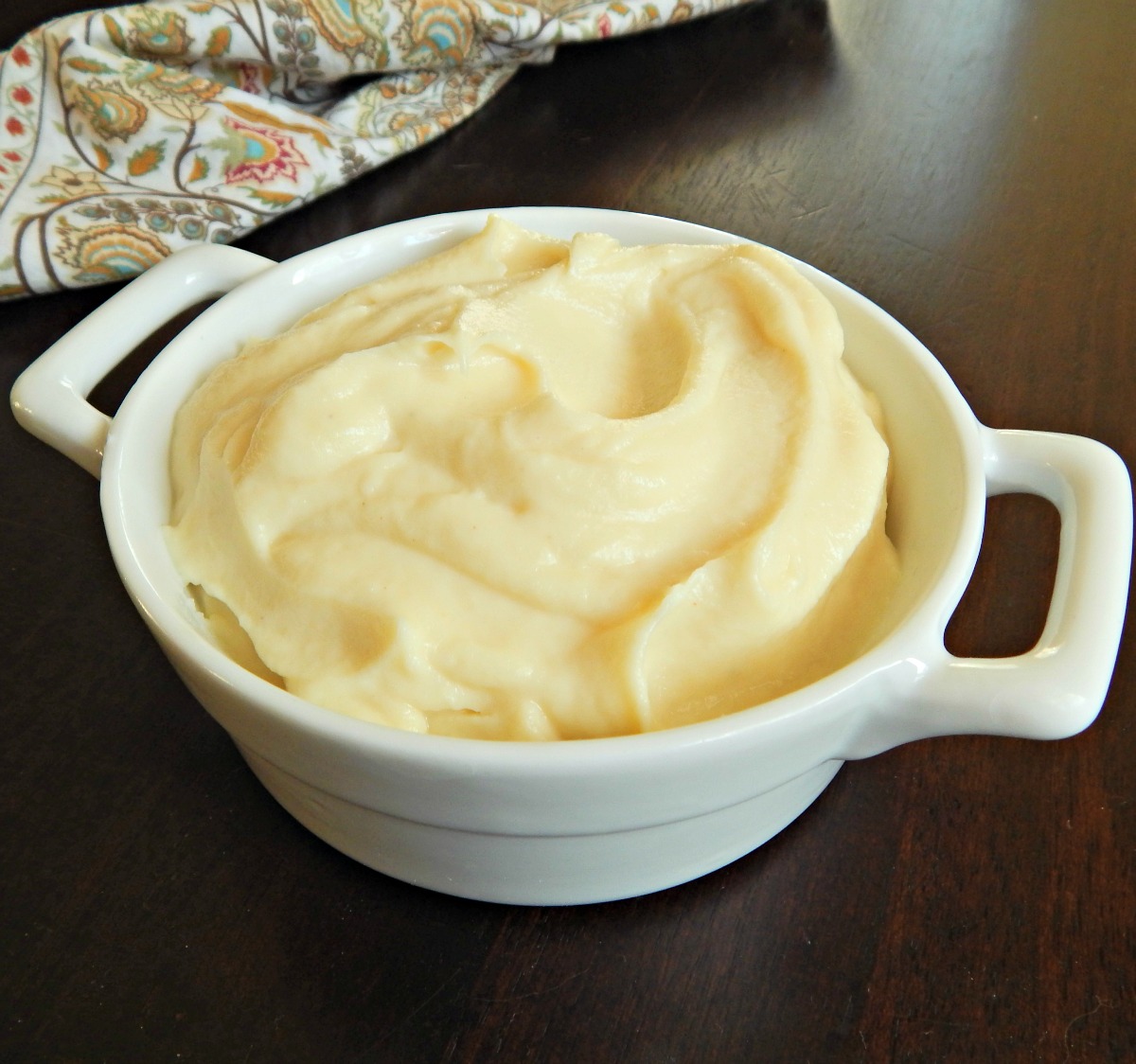 You’ll think you’re eating at a five-star restaurant when you taste these Pureed Parsnips. Absolutely creamy, these are the perfect foil for so many dishes, and as simple as mashed potatoes.

Shown made with half milk, half cream, if desired all milk can be used, too, for everyday. Trust me though, have them even once with the cream and you’ll be hooked! When I make a special occasion dinner like my Beef Medallions with Red Wine Reduction, especially if I’m serving a dessert and have some cream on hand, I make sure to sneak a bit into these Parsnips.

If you haven’t had parsnips before, you’re missing out. Some compare them to a carrot, and it is true there is a vague sweetness about them and they are shaped like carrots, but there the similarity ends. Parsnips have a bit of a “bite” to them – they’re a big flavor. The cream, I think, helps balance that.

Choose smaller parsnips if you can find them, the older ones are a bit tougher and fibrous. Either way, make several cuts through them the long way then turn them and make slices across, as small as you have patience for, and you’ll be rewarded with the smoothest puree. Watch the milk/cream/parsnip mixture as it cooks – it will boil over in a heartbeat if the heat is too high.

Don’t limit yourself to special occasions for this dish. The lovely puree goes very well with almost any meal that one might serve with mashed potatoes. Full of fiber and healthy qualities, parsnips seem to have been on a bit of a well deserved revival in the past few years.

In a medium-sized sauce pan, bring parsnips, cream, and milk to a boil. (It’s best to use one with extra room to prevent the possibility of boiling over.) Note the level of the liquid in the pan.

Cover, reduce heat and simmer until the parsnips are very soft, about 10 minutes, perhaps a bit longer. Uncover and cook until liquid is reduced by half, about five more minutes.

Add butter, if desired. Let parsnips sit for two or three minutes, then puree in a blender until very smooth. Be careful blending hot liquids; loosen the center portion of the lid and cover with a towel, holding lid in place. If necessary, stop and push the puree down if necessary.

Taste and season with salt if desired.

Note: The parsnip puree may be made a day or two ahead, covered and chilled. Reheat in the microwave for two to three minutes, lightly covered, stopping to stir.