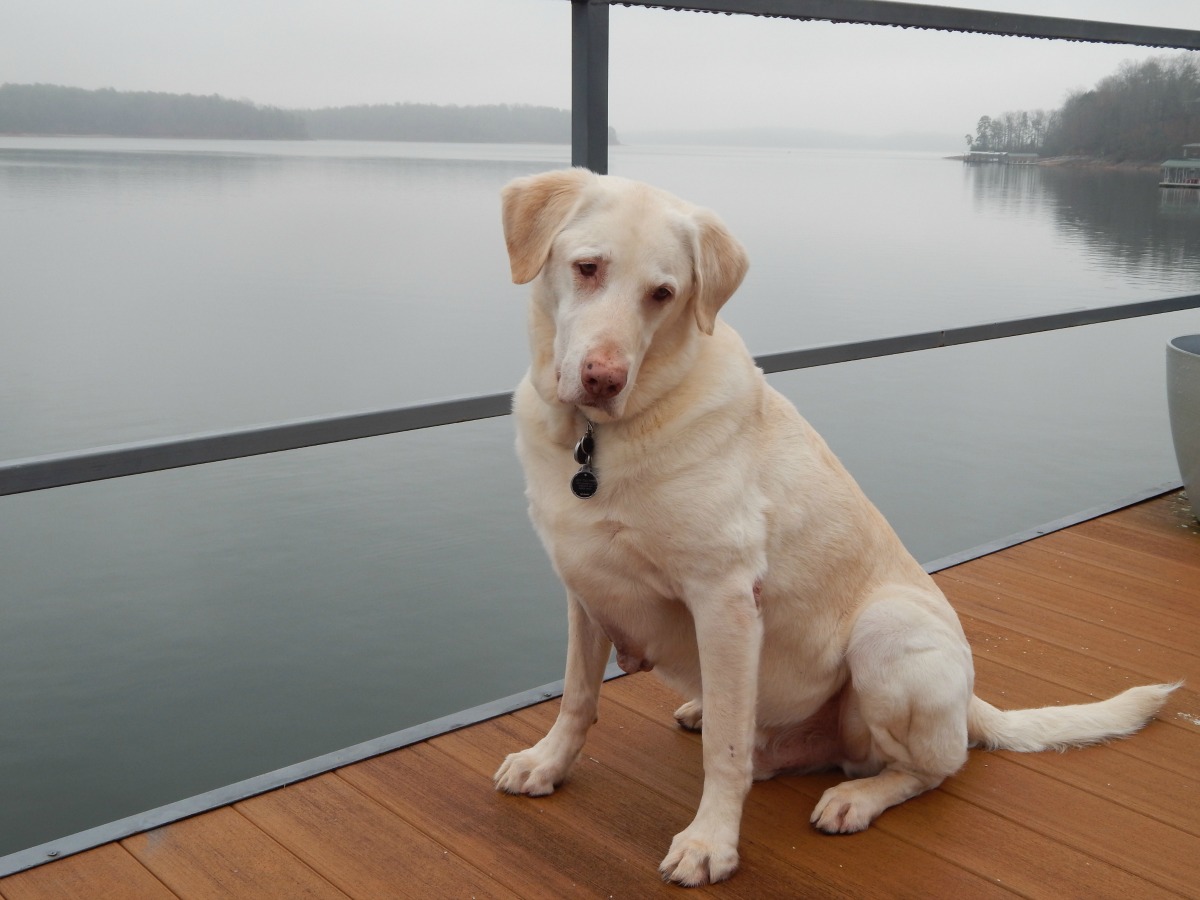 Those who know me, know I’m utterly and overly enamoured with my dog, Gibson. At his prime, a 97.6 pound labrador, or “laprador” as I called him, with a winning personality.

He was a gentle giant, the smartest dog I’ve ever known and an athlete extraordinaire. He could weave through brush at a full run, over and under fallen trees, play frisbee, and swim like a fish. I lost him yesterday after a week-long battle for his life.

It started with a torqued intestine, the same condition that did in Marley of “Marley & Me.” Gibs was a big fan of eating what he shouldn’t; many of those misadventures are documented here and there on my blog. A few things that come to mind are Lemon Meringue Pie, the Wayside Inn Carrot Cake, the Irish Soda Bread…

Gibs came home from the vets just fine, a full recovery expected, then on the second day I knew things weren’t right. He was off to the emergency vet where he stayed over, then to his vet on Monday.

The films showed him clear and everything in place, and after two days, it was time to open him back up and take a look. I soul-searched very hard about the second surgery; was it worth putting him through any additional pain? I spoke to family, I spoke to the vet.

The prognosis seemed good. Gibson has saved my life on more than one occasion – see he’s a service dog and went everywhere with me. That’s something I really haven’t talked about on my blog, before. On my blog, I’m “normal.” And with Gibson, I am, too.

Gibson the Laprador (I mean Lion) – oh the shame…

If I could save his life, I owed him that chance – even if it was just a chance. After I ok’d the surgery, I jumped in the car so I could see him “just in case” never realizing that would be the last time.

They didn’t know I was coming and he’d already been given a shot. His eyes were closed and I told him he was the best dog in the world and gently petted what I could reach of his head through the cone.

Thinking he was too far out of it, I started to get up off the floor when he swung his head around; those liquid eyes seemed to freeze to mine and I spent the next 30 minutes or so half in his cage just talking to him, petting him, holding his head and yes, singing to him. He had his own song, you see. Just a silly song I made up and I sang it to him with tears flowing down my face.

He’d nod off a bit and then rally, always finding my eyes, as if he were imploring me to stay, or perhaps to save him, or maybe he was memorizing my face. Maybe he knew. I think, somehow, I did. He was in surgery only a few minutes when his vet came back with the worst news possible. I knew I had to let him go.

I’ve always felt Gibson was one of the seven great dogs. “At any one time, you know, there are only seven.” Now, somewhere, another dog has stepped forward to fill his place. His will be some pretty big paws to fill.