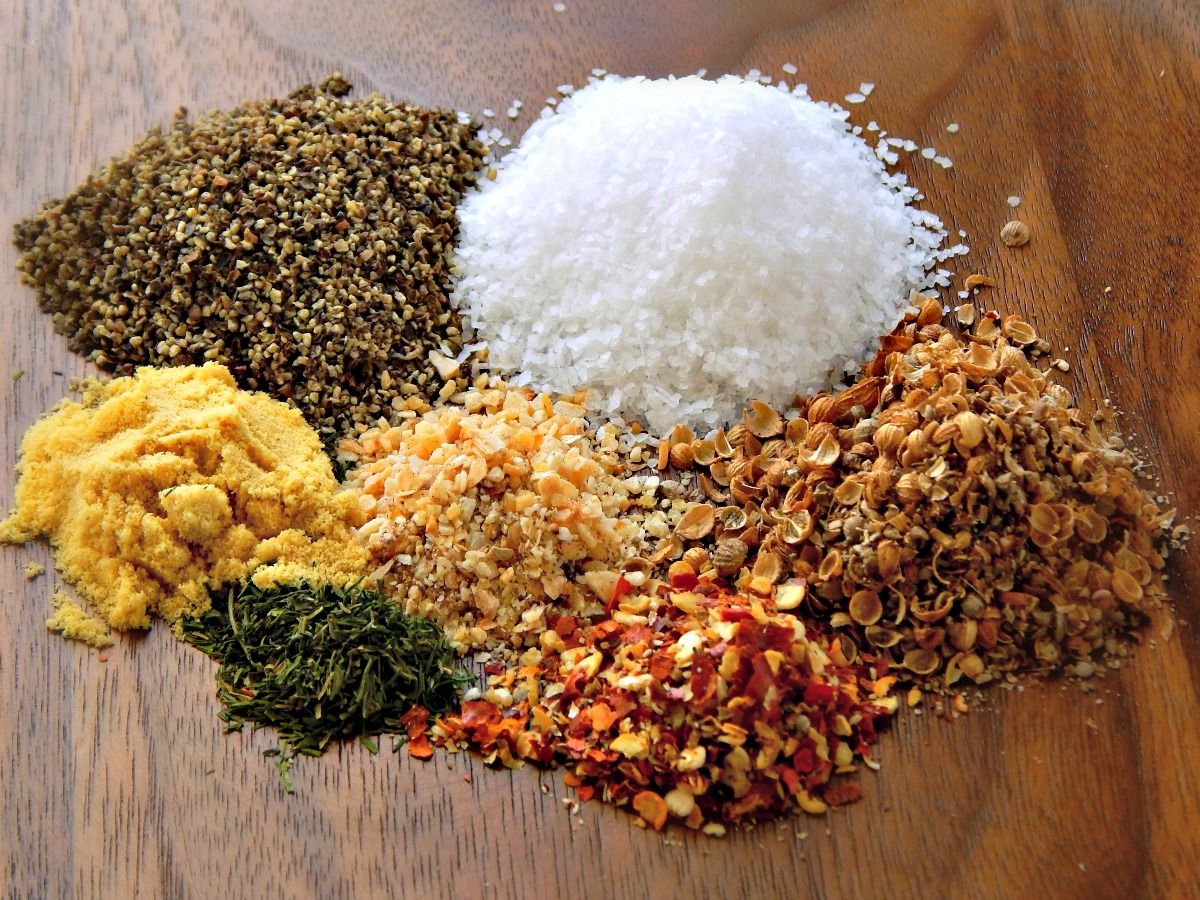 The very first time I had Montreal Steak Seasoning I fell in love. I use it on steak, burgers and sprinkle a bit here and there where it probably has no business going! It sparks up just about anything it’s used on.

I’ve tried for years to copycat this seasoning. Finally, I think I’ve come pretty close. And I love this even if it’s not exactly like McCormick’s.

So here’s my version, sans any oleoresin or oil. While it’s not quite the same as McCormick’s, it’s pretty darned tasty on everything I’ve tried it on.

Use it as is, or as a jumping off point for your own “new” version.

Grind whole spices with spice grinder, blender or by hand. Mix all spices together. Keep in a small jar in a cool, dark cupboard.

I’ll be sharing this recipe at Fiesta Friday; the cohosts  this week are Jhuls @ The Not So Creative Cook and Ginger @ Ginger & Bread