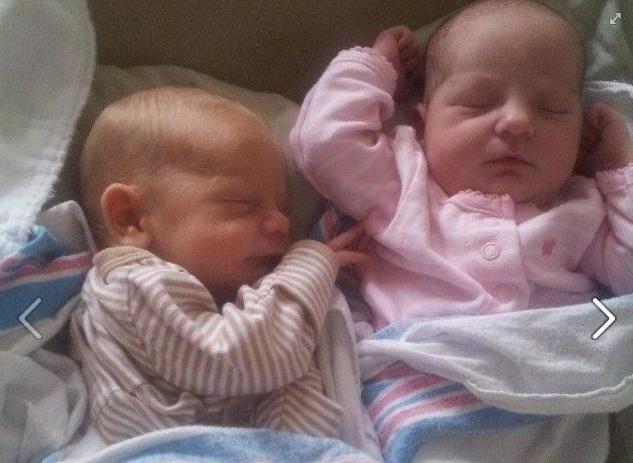 2013 – What a year it was! I didn’t post as much as previous years, but I’ve had some high adventure. The highlight of the year, though…twin grand babies, a boy and a girl…

I also lost a few weeks off my feet due to a small disaster: What I learned? My jumping days are over and frozen dinners…blech…worse than I feared – I feel multiple rants coming on…

Every year, though, at New Years, I think I’ll review the favorite postings on my blog, and every year, I don’t.  This year, though, I’m getting to it. What has surprised me this year, more than any other, it’s my “down home” “comfort” recipes that are most popular!

My top ten, always a surprise!

A white or bechamel sauce

White Sauces and what to do with them is a consistent top ten posting, and this year, topped the list with literally thousands of views. Many viewers come to my site looking for: “what to do with left over white sauce,” and I have a number of great ideas. Everything old is new again, in food, with just a simple twist.

Those who read my blog probably know I like to use alcohol to elevate dishes; as a matter of fact, I’m more likely to cook with alcohol than drink it…over the years I’ve added to my  Substitution lists and my Discussions, and I think I probably have one of the most comprehensive on the web…and I get a ton of visitors. I never know if they’ve found what they wanted, so if you don’t find an answer, ASK! If you’re looking for recipes that might contain a certain type of alcohol, the search engine on the top right of my page should lead you right to them.

Cheesy Chicken (or Turkey) Casserole: I’m always flattered that this simple, down home recipe gets so many views. It’s just an old-fashioned, tasty casserole…this year it passed up Scalloped Potatoes for the number one recipe. I love that this recipe makes one huge casserole or two smaller ones, one to eat and the other to give or to freeze – and it does freeze beautifully. If I have friends who are ailing, have a new baby or have lost a loved one, I often turn to this recipe because I can get dinner on the table for my family and and then bring dinner to theirs. I like putting the casserole into individual ramekins, too – it makes a dish seem special with very little effort and also is a sneaky way to control portions.

Who would believe that one could make a Fake Frozen Frappe (a la McDonalds) for about 50 cents? Especially one that tastes BETTER than any fast food frappe out there. Using all “real” ingredients with no additives (unlike McDonalds), it has almost half the calories. Originally posted in May of 2012, it quickly became one of my top viewed recipes. The views dropped through fall and winter, but it still had a enough steam to post as the number two recipe of 2013. Three ingredients, a whir in the blender and the toppings of your choice. Minutes to make.

Cream of Anything Soup is a simple recipe to substitute just the right amount of white sauce and “anything” flavor to use in a recipe that calls for a can of cream soup…it tells me I have some discerning viewers who want to avoid some of the nasty ingredients out there in prepared food…or else a LOT of people who ran out of it!  It moved up this year into the number three recipe spot…

A huge surprise that moved up from the bottom in the final months of the year, a true dark horse…Stuffed Cabbage Rolls! Who would have guessed. Although not 100 percent authentic (this recipe does use canned soup in the sauce) it was the right call. I was hesitant about it at first, but the sauce is so smooth and wonderful. A little tangy and a little sweet, I swear I could just drink it. Fortunately, it makes just enough for the casserole or I would. DO try the recipe with the raisins – they melt right into the ground beef/rice mixture and add a subtle, indescribable flavor. These Cabbage Rolls freeze beautifully before or after baking, so no worries about making the full amount of the casserole, even if your family is small – that is if there is any left over.

Ever since I posted the very classic 1950’s Better Crocker Scalloped Potato recipe, it’s been one of the top posts on my blog…this year, it slid down the stats until after Thanksgiving, then picked up more after Christmas, as one would expect, I suppose, considering how many people have ham for the Holidays. To many, Scalloped Potatoes are the ultimate comfort food – in the Midwest, the dish has become almost synonymous with Church luncheons and family functions. Our family likes to make this with ham layered in the potatoes and a touch of cheese in the sauce, something appreciated by the younger generation, and something that makes this, in our family, a traditional after holiday meal.

Wild Rice and Smoked Turkey Chowder is one of our family’s absolute, hands down favorite recipes, and this year seemed to get some recognition…and a lot of hits. The ingredients sound a little strange, I’ll admit: parsnip, sweet potato, bell pepper, corn and a touch of jalapeno, but the flavor is absolutely incredible. Although a chowder, the body of the soup is really provided by blending a base of vegetable ingredients, with just a touch of milk added in for smoothness. This makes this soup not only hearty, but also makes this one of the healthiest soups out there. Wild rice, is of course a whole grain, not a rice at all, and this soup is chock full of goodness. It also freezes very well. A few drops of liquid smoke and left over turkey can stand in for the pricier smoked turkey.

Freshly Baked Runza – you can’t imagine how good they smell!

A huge surprise: The Runza, at number 10, edged out my Navy Bean Soup recipe. While I’ve always been surprised how many people were looking for Navy Bean soup recipes (and I guarantee you, this is one of the BEST out there) this year the humble Runza edged it out at last minute. Perhaps people make this beloved stuffed bun during the Holidays to honor traditions, and what a marvelous recipe this is to get the kids in the kitchen.

So while I keep working on finding and developing recipes that reflect the better trends in nutrition and still keep the budget under control, what this year has taught me is that sometimes the old favorites from Grandma’s day and beyond still have relevance. Like that old Girl Scout song:

Happy New Years Everyone! And may you have many more new memories this year to cherish along with the old…