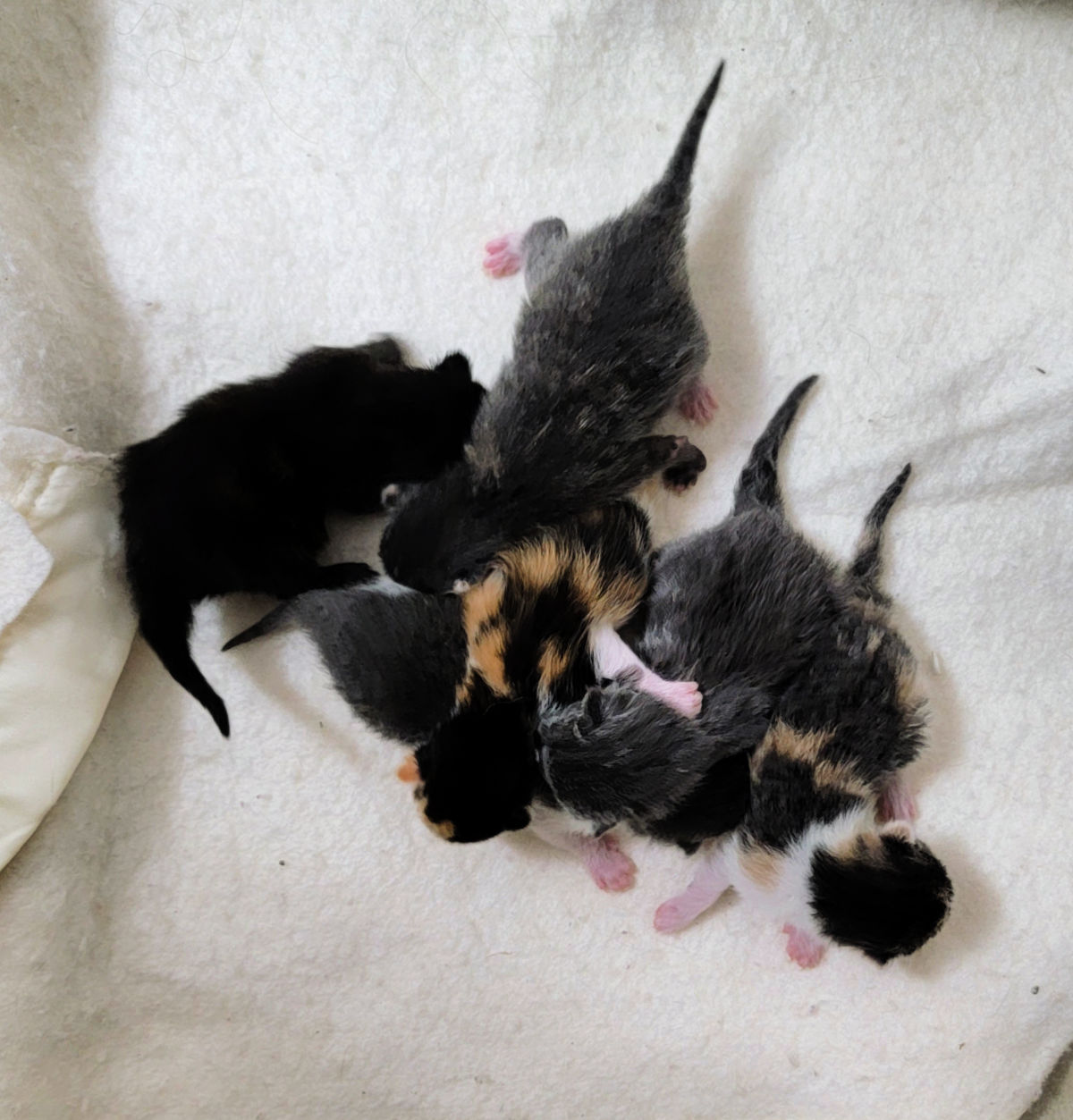 I have been struggling to get on a regular “posting” schedule ever since my move from Minnesota to Georgia last August. As you can imagine, six kids (props to all the so-called “Mommy Bloggers” out there) ensure life is pretty hectic.

I’ve been trying to ease back into a rhythm and post once a week, but I missed this last Sunday. I have a good excuse, lol! Honestly, you would have thought I’d birthed these guys myself, I’m so excited about them.

It’s been one thing after another ever since my arrival here in Georgia.Some of you may know that I fell down my daughter’s stairs shortly after I got here and broke my back. Then I was ill for about a month with “not covid.” Then the holidays came and went.

In March, we moved to a new house, kind of a ramshackle thing on an acre of wooded land. To ease the transition, my daughter promised the kids a kitten. That was “a” as in one. There may or may not have been a promise of chickens, too, but hopefully, everyone has forgotten all about that. For now, anyway!

planter boxes from salvaged wood and stuff found in yard

There was no end to the piles of lumber and garbage

One of the eggs we found & keep in treasure box

You never know what you’ll find in the woods…

It was a rough move. Jessica’s friends have been amazing and so many people helped out. We were even homeless for a short while and her friend’s Dad (thanks again, Mike) took us in while a foster family took in Chance after he spent a short stint with a wonderful lady who boarded him. Thank you Taylor and Cole!

We are making the best of the situation and fixing things up and exploring the woods. We even have a secret path and a creek. And a few plantings here and there. We’ve started a “treasure box” above with fun little finds. One of those is a snake skin I picked up thinking it was a bit of trash.

Few plantings but some treasures

The move was accomplished by Jess and her friends (a big shout out to Tetra!) but we needed so many things and there was so much to be done. It was bad, to say the least.

It has been a long time since I’ve slept on a mattress on the floor. Probably at least 40 years ago!! And now as you can see, my “international” headquarters for Frugal Hausfrau are up and running with assistants and everything! By now, you’ve probably figured out I don’t make my bed, lol!

Friends gave us items, and we shopped Facebook marketplace, but I kept passing this huge garage sale and for a week or so encouraged Jessi to stop by. Finally, she did and my phone rang minutes later…they had kittens!

I rushed over to take a peek, and it was obvious the two kittens left were a bonded pair, so we decided to take both. Then, as we spoke more to the lady, we realized there was a “Momma” cat and the kiddos were still nursing.

You can see where all this is going, amirite? Well, we decided to take in Momma.

Momma Cat initially had been rescued by the man of the house; she had been living off the dumpster near his work, then shortly after she arrived at her new home, had a litter of kittens.

The family was moving and a local rescue organization was called to capture Momma and her brood and but they hadn’t shown. And Momma was limping. It was just a sad thing, and it seemed cruel to separate the little family. So now we had three cats! And vet bills…

And of course, we were so happy to have them all taken care of (maybe everyone except Chance, who is such a good sport) and it was so good to see little Momma Cat picking up weight and doing better after two rounds of antibiotics.

The vet thought the poor thing was only 10 months old, just a baby, herself.

Poor Momma Cat – she’s only a baby herself.

But then, she just kept getting bigger and bigger…and we speculated. Could she be pregnant? Well, long story short, yes. She could and was. The vet estimated the deed must have happened literally days before we got her.

And now we have six baby kittens, born June 20, 2021. Ironic that it is Father’s day, isn’t it? We can only speculate what the papa looked like. We have three kitties that are variations of grey and white like Momma, one little black one with some burnished rust splotches, one that is a mix of grey, black, white, and brown, and the last, an almost calico.

Just a quick snap as I changed bedding. Babies really need to be left alone with Momma.

We think we have homes for all of them. Cross your fingers. Chance, my deplorable labradorable doesn’t think he can handle any more! 🙂

And the moral of the story here? Always listen to your Mother and do what she says when she says it! And keep in mind, no good deed goes unpunished, lol!!

My much vilified Deplorable Labradorable, Chance

16 thoughts on “Our Surprise”