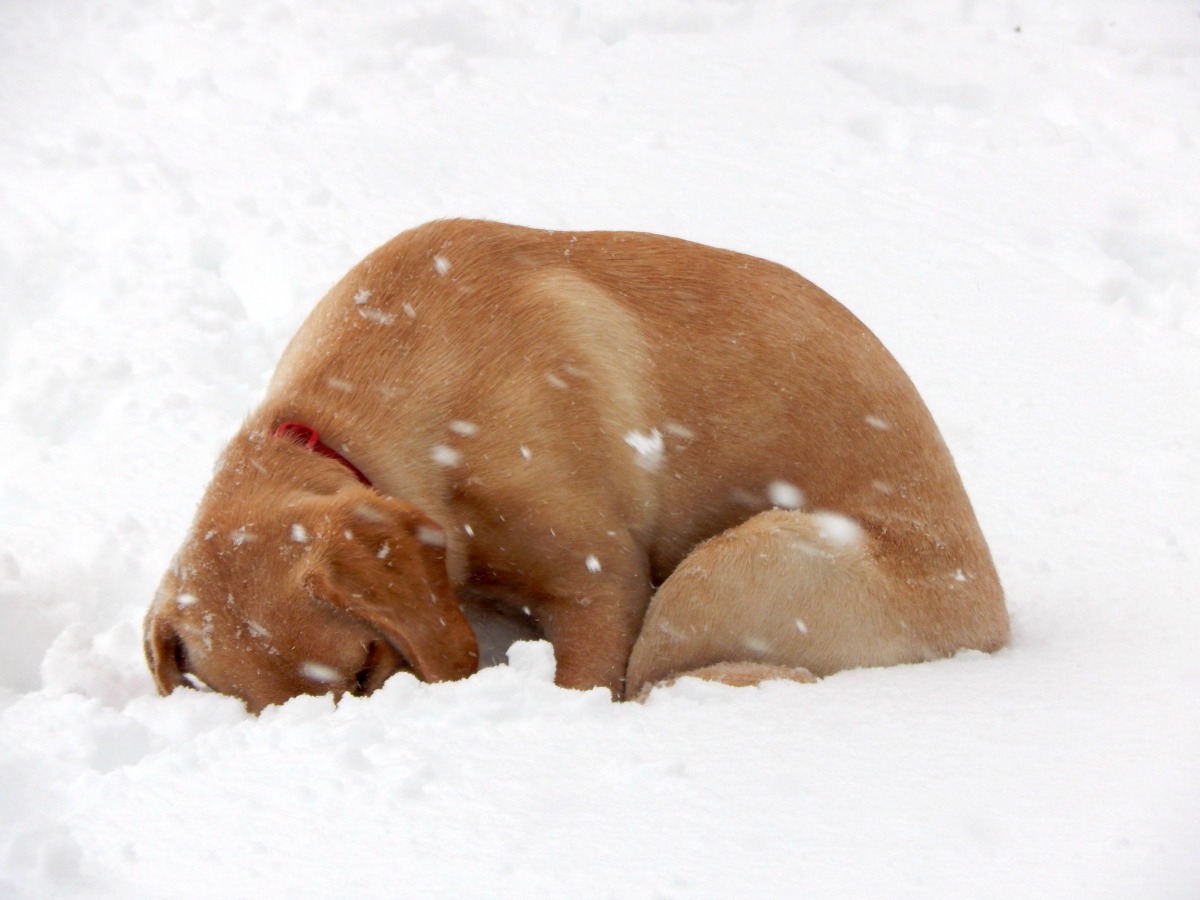 Chance & I have had a momentous few weeks with lots and lots of happenings! First off, he’s getting huge! Or should I say “Yuge??” He WAS almost 60 pounds last month and he’s still growing! And his absolute deplorableness continues…

As you might know, Chance was homeless when I first adopted him, then last month I suspected he was a member of the opposing political party when he ate my ballot, and now I’ve found out he’s a drug addict, too.

Ha! The game is on! Look at those wild eyes!!

Yep. You heard it right. A drug addict. See what happens when you try to help someone out? On a serious note, here I am a veteran dog owner (I was practically raised by dogs) but to my shame, we’ve had two close calls.

My Stepmom (who is recovering but has a long road ahead of her) went to the hospital and in all the hub-bub Chance got a hold of some ibuprofen – it’s highly toxic to dogs and it all turned out to be quite the ordeal for the poor guy.

Chance at the vet’s. Not too happy…

In spite of everything, somehow we managed to get to Smoken Dakota Kennel for Chance’s obedience. During Pat’s illness, Smoken Dakota and Chance’s trainer, Lydia, went above and beyond so Chance could get to doggie daycare for at least part of the day.

Boy did he have a blast! He even made a friend or two.

And of course, winter here in the Midwest means snow, and we finally got some! Luckily the roads were clear as we travelled to & fro for Thanksgiving. Both Chance and I were very excited to see family, friends and neighbors. Unfortunately, the second mishap took place when Chance found the vitamin D I lost last summer.

I thought I was dog-proofed but as I sat on the bed, Chance at my feet, I heard crunch, crunch and off we rushed for another emergency vet visit – Pills were scattered everywhere and I couldn’t be sure Chance didn’t swallow any. And so he was treated with medication to make him vomit, then charcoal and fluids.

I think Chance’s looking for the ground!!

So, it seems, Chance had both a second chance and third chance. Luckily he pulled through, but not without a lot of help from some pretty great vets and lots of care. Oh, yeah, and $$$$. I’m finding there’s just no such thing as a “free” Lab – but there is such a thing as a stupid owner.

On this trip, Chance was old enough to visit our dog park! So after a few days of recovery, my son, his girlfriend, Chance and I all bundled up and off we went. With some still shaky “recall” I was a bit worried, but Chance did just fine and did plenty of things that puppies like to do! Roll in the mud, play, roll in the mud, romp with other puppies, roll in the mud and then roll in the mud some more.

Chance is the dirtiest dog, of course, in front!

And at the end of the month, we had a small miracle! Chance passed obedience. By the skin of his teeth, I think! I tend to think it’s Chance’s pure joy and exuberance that hold him back a bit. You can’t fault a puppy for that, and I’m betting we all know a person or two like that, too! (Maybe even me…)

So on that note, Chance and I wish you a very happy Holiday season and hope you celebrate it with just as much joy and exuberance as Chance has. And we hope all of your dreams & wishes come true, big and small.

Chance was a little excited to show off his medal from obedience, lol!