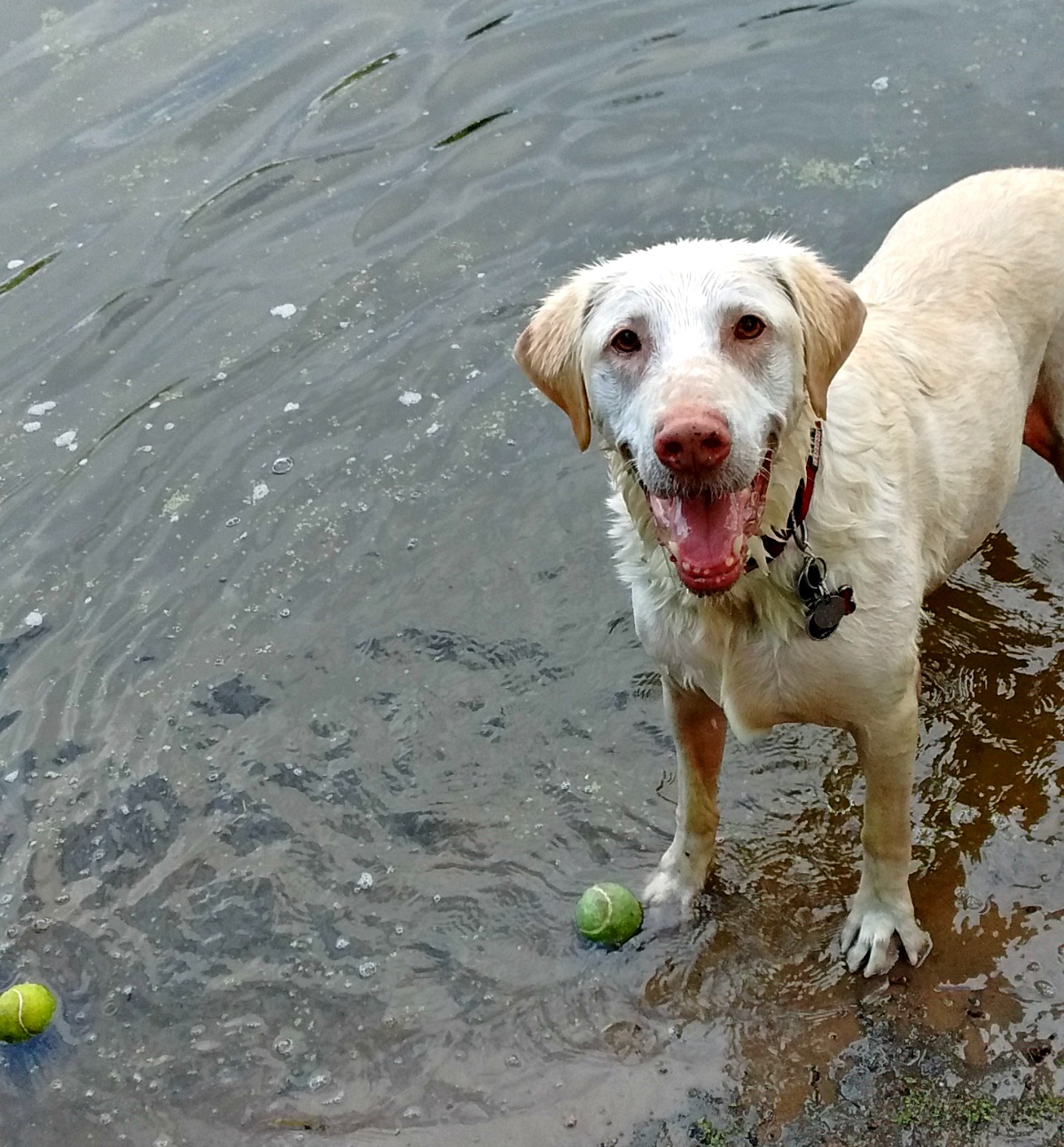 2015 came in just as usual then went surprisingly haywire! At my age I’d settled into a rather comfortable routine – doing pretty much just what I felt up to or felt like doing. Now I’m dividing my time between two states, my folk’s home in South Dakota and my beloved Minnesota. It’s been a huge shake-up. New places, new people, new friends!

My folks with the Wayside Inn Carrot Cake

Then this summer, Gibson had a pretty bad operation – which was lucky, because they found cancer and did a second. It’s been a long road for everyone! I pretty much neglected this blog for months, until I realized that it’s an important part of my life. At some point I slipped the rails and became not a person who blogs, but a blogger! 🙂

Gibson is recovering from his surgeries this summer – 11 and still going strong!

This year, more than any in the past, I’ve questioned if what I do as a blogger is worthwhile? There are a zillion food blogs; so many are excellent. And so many blogs that address more important topics. I sometimes feel a bit redundant, a bit superfluous. A little helpless in my ability to make any difference.

I just keep speaking up, and I keep cooking. Because sometimes, all you can do is what you can do. And sometimes, there’s comfort in that. Speaking of comfort, again this year, I found many of my most visited posts are comfort food – but the big twist? Not just typical American comfort food. Included are several “Heritage” dishes ranging originally from southern Mexico to Italy to Russia.

For the first time, my post on White Sauces and What to do with them has been edged out by another post. Oven-Baked Hotel Eggs. Posted just this March, it’s garnered about 60,000 views. I so hope those who have visited have tried this recipe – you won’t believe how good a simple scrambled egg can be with a little time and care!

The Runza, or Bierock as it is more traditionally known, has moved up to the number two spot! Peasant food, for sure, these buns are amazing. I took a bit of flak for my “overly complicated” and “rambling” post, but I’m holding your hand through this one, just in case your own Grandma isn’t there to do so.

An old picture but still shows the Runza bun the best!

Another new-comer to my blog, but not to my kitchen, Pozole (sometimes spelled Posole) is a hearty, deep rich soup from Mexico. Popular, too, throughout the Southwestern States, this recipe is a gem. The secret is in the garnishes, by the way!

These easy, healthy oatmeal pancakes, dubbed Scottish Oatcakes, languished on my blog for years with less than 100 views. Then I took a new photo and they’ve taken off. I guess that proves you DO eat with your eyes, first. Now in the number five spot, I’d urge you to make them!

Banana Sheet Cake is simply a classic! A down home recipe that’s perfect for snacking or to tote along to a party, potluck or function. The recipe was from a co-worker and it was always the first to go at any food day!

If any single recipe has staying power on my blog, it’s got to be Scalloped Potatoes like the ones your Grandma made! Every year in the top 10, this original Betty Crocker Recipe from the 1950’s brings it home. Good comfort food, from a time when good was good, and good was good enough! Dress them up with ham and/or cheese and they’re even better.

The Sparrow Tavern’s Veggie Burger, cobbled together from a Diner’s Drive Ins and Dives episode, was published October of 2014 – a bit fussy with many components, it’s fantastic. Get in the habit of cooking up batches of longer cooking grains and freezing and you’ll maximize time and effort.

A new-comer to the top 10 spot is an old-fashioned recipe I first published in the spring of 2012 – Split Pea Soup. This has a few twists from Cook’s Illustrated that coax out so much flavor from this old standby. I’m glad to see visitors viewing this dark horse!

There’s quite a bit of controversy over this soup, Russell’s Cream of Broccoli, both on my site and on the original published recipe in Epicurious. I love it just as it – a delicate, creamy soup, not thick or gloppy, with a “raft” of melted cheddar across the top. Dip in through the cheddar into the soup and pull up a marvelous spoonful. Heaven!

In spot number 10 is Healthy Italian Wedding Soup – it has the most marvelous Chicken Meatballs with Ricotta, flavored with a fennel/coriander spice rub I stole from Michael Chiarello. It’s a new family favorite and I usually make a huge batch of meatballs and use part for the soup and part for another meal or two (or freeze some.)

Of course, if all I ever showed you were my top recipes, you might not ever see some of my absolute favorites on this blog. This year, I’d like to feature this adapted Thai Curry Chicken – fast, easy and fantastic, I could seriously eat this all the time. In 2015, this recipe had a total of 37 views, and only 86 views since I first published it in January 2014.  Certainly an underdog, but I’d like to give it this year’s “Best Personality” Award!

So while I keep working on finding and developing recipes that reflect the better trends in nutrition and still keep the budget under control, what this year has taught me is that sometimes simple comfort takes precedence over everything else, and while exciting and new is good, so is the old. As I say every year, like that old Girl Scout song:

Happy New Year Everyone! And may you have many more new memories this year to cherish along with the old…

I’ll also be linking up with Angie of Fiesta Friday, her 101st consecutive party! Her co-hosts this week are Juhls of the Not so Creative Cook and Mr. Fitz of Cooking with Mr. Fitz. I can’t wait to see what those two come up with!!