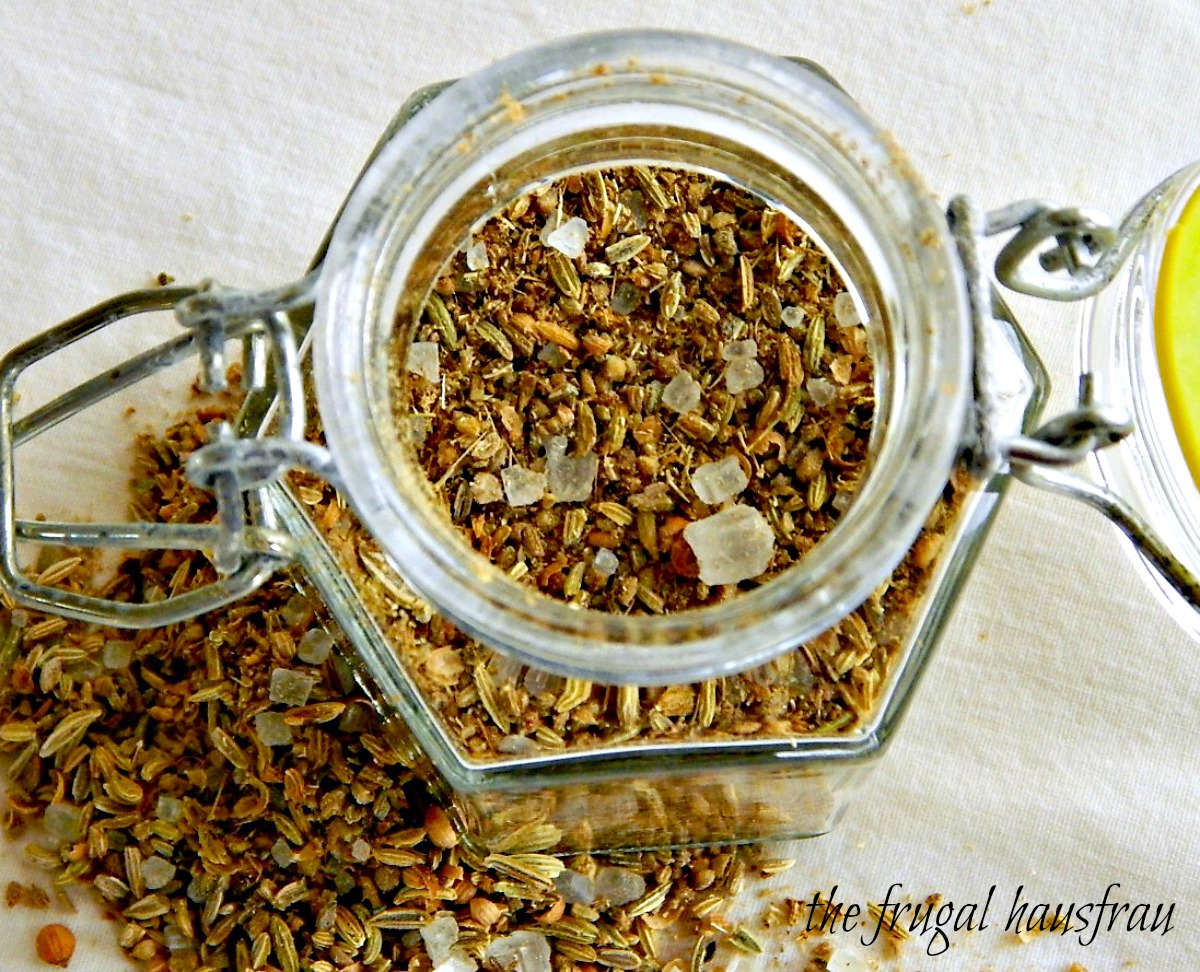 I told this story elsewhere on my blog, about a Cassoulet I tried from one of Michael Chiarello‘s recipes. Well, frankly, the Cassoulet was a big hiss-boo. What wasn’t was the Brussels Sprouts (just one component of the overly complicated Cassoulet) sprinkled with this fantastic Michael Chiarello’s Fennel Spice Rub. They were out of this world fantastic and when I was putting that Cassoulet together, I kept nibbling on the Brussels Sprouts and had to remake the entire batch!

Those Brussels Sprouts, sprinkled with Michael Chiarello’s Fennel Spice Rub were an “aha” moment for me! See I don’t like Fennel much, and I sure don’t like anything with an anise flavor; I seem to have an aversion to it. But I love love love those Brussels Sprouts sprinkled with Michael Chiarello’s Fennel Spice Rub. After I thought about it, though, I remembered how much I used to love the pizza from our hometown pizza parlor when I was a teenager, and I think one of the things I loved about it? The fennel sprinkled on top. And that was even before I knew what those funny little striped seeds were. So what I’m sayin’ is, even if you don’t think you like fennel, give this rub a try!

Michael Chiarello’s Fennel Spice Rub isn’t just about the fennel, though. There’s coriander, a spice that lends so much flavor and isn’t used a lot in traditional American cooking. You’ll find coriander, though in pickles and brines and things like pastrami. And of course, in curries. And then there’s the white pepper. When I was young, I discounted white pepper; I saw it used so seldomly and usually in some kind of sauce where the writer of the recipe didn’t want black flecks. Now, I know better. Michael Chiarello’s Fennel Spice Rub is fantastic with whole peppercorns broken down, but you can just use powdered white pepper if that’s all you have. You’ll find White Pepper listed in my Top Secret, Super Stealth Arsenal of Ingredients if you want to take a gander.

I cheaped out a bit on the recipe; Chef Michael Chiarello used “grey salt” a specialized sea salt. I suggest using just kosher salt or chunky sea salt; honestly, with all the big flavors in Michael Chiarello’s Fennel Spice Rub, I thought the nuances of the salt would be lost. I just figured why search out and pay for the grey salt? I do think a good, chunky salt is important, though. I love this Conversion Chart from Morton’s that shows how to adjust the measurements of different salts.

When you make Michael Chiarello’s Fennel Spice Rub, do be sure to toast your spices for maximum flavor. And once they are toasted, and make sure to let them cool to room temperature before trying to grind in your spice grinder or blender or they can get “gummy” from the warmed oils. Don’t be afraid of making a big batch; you’re sure to love it, but if you’re unsure, cut the recipe back. It does make a lot, about a cup and a half.

I sprinkle this Fennel Spice Rub on vegetables, especially on the Brussels Sprouts I raved on about, above. Michael Chiarello’s Fennel Spice Rub also goes on pretty anything and everything when I happen to see the jar of this magic in the cupboard when I’m cooking.

My newest experiment with this fantastic rub is the Chicken & Ricotta Meatballs. I use in so many recipes, including my Italian Wedding Soup. Those little chicken meatballs are so good served with marinara, a yogurt sauce or and are just fantastic for snacking…the magic of Michael Chiarello’s Fennel Spice Rub transfers through to everything you make with it. I wouldn’t hesitate to make a big batch of them and serve them with the yogurt sauce as an appetizer.

Let’s face it, there are some spices that are used on a more regular basis than others. When I buy a spice that I don’t think I’ll use as often, if it’s available in a whole form, like the coriander and the white pepper, it will keep its flavor for years, stored properly, tightly sealed in a dark, cool cupboard. Then it can be ground as needed.

Other options are to buy smaller amounts if you can buy from a bulk aisle, and even the packets in the grocery store produce aisle are usually less expensive than the bottled spices. McCormicks usually has “catalinas” (buy so many items, get a coupon with a specific dollar amount to use how you want in the store), coupons and great prices in the spring.

For more information and tips on buying and storing spices and herbs, as well as my full menu of other spice blends, see my post on Spice, Herb or Flavor Packet Substitutes. I’m always adding as I go along.

Toast whole spices until just fragrant in a dry skillet.  Let cool, then grind.  (If you don’t let them cool, they will gum up.)  Mix together and use it to sprinkle on any manner of things.

* if you can’t find white peppercorns, use about a tablespoon of powdered white pepper. Black pepper does not give the same flavor to the spice rub.