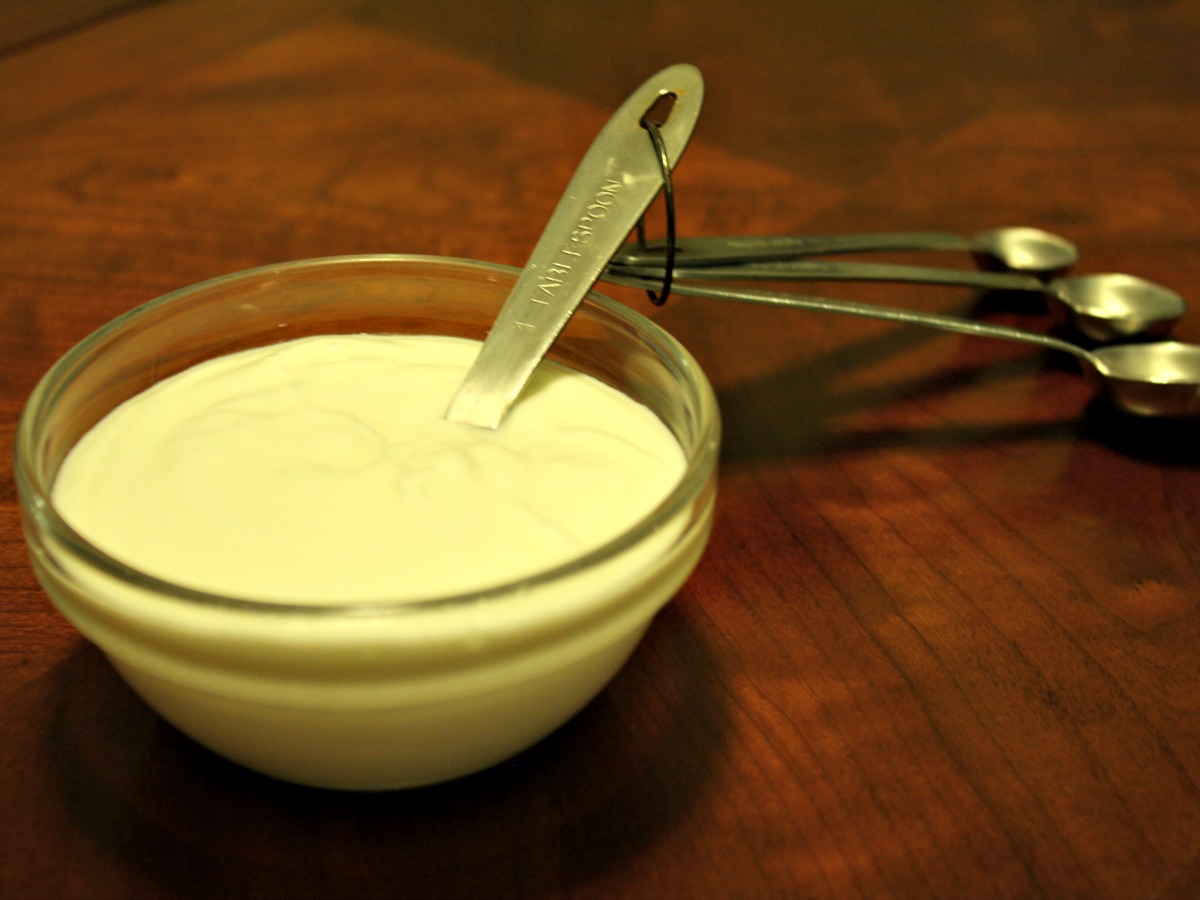 When I was at my daughter’s house and we made her delicious yogurt, I was impressed with how easy it was, and how little work it took. Granted, the process took a LONG time – I think we started about 8:00 at night and had it packed in quart containers around 11:00 in the morning.

Yogurt, after straining but before refrigeration. It will stiffen up more.

The thing was her recipe Simply the Best Yogurt, Ever, took only MINUTES of actual hands on time, about 30 minutes – and that hands on work wasn’t done in one block of time, but spread over a two day period, making it even easier. A little task here, a little task there. Here’s what took time:

Five minutes: While we were cleaning up after dinner, J took out two pots and poured a gallon of milk in each, got out the starter to warm to room temperature, turned the oven to 170 and turned it off when it beeped, put a thermometer in one of the pots, put the pots on the stove and turned the burners on to medium low.

8 minutes:  About the time the milk came to 200 degrees and had held there for about 20 minutes, we were done with the kitchen, the sinks were empty and dishwasher going…J. took some ice from the ice maker and filled one the sinks about 1/3 of the way with cold water and ice, put a clean pot in it, poured in the milk. She washed the pan, put cold water and ice in the other sink, put the clean pan in it and poured in the milk.

5 minutes:  J. fed the babies, and her husband got my older two grandchildren ready for bed as the milk cooled. (I sat down and enjoyed her cable, which I don’t have at home and checked the milk temp now and then!) When the milk reached 110, we dipped a bit of the milk out of a pot, stirred in the starter, and stirred that back into the milk, put on a lid, wrapped in a towel and put in the oven, then repeated with the other pot. We washed the last pan the milk heated in, which we hadn’t done earlier as both sinks were full.

4 minutes:  In the morning, we put a cloth in a colander, placed it over the bowl, gently stirred the yogurt and poured it into the colander. After that strained, we repeated with the other pot of yogurt.

5 minutes: We stirred some flavoring into one bowl, and packed the yogurt into containers, washed everything.

So there you have it: About 30 minutes of actual hands on time and Simply the Best Yogurt, Ever. Cool, Creamy, Delicious, Smooth and Slightly Tangy…made with two ingredients, milk and a yogurt culture. No additives…

2 thoughts on “How much time does it take to make yogurt?”