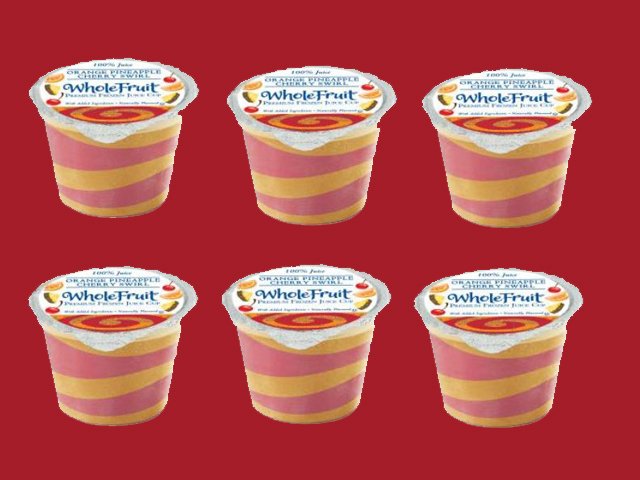 I like to know what I’m eating (and what my kids are eating, too.) If I were a parent looking at the menu for today for breakfast and lunch and advising my child what to choose (as the schools and the USDA say you should be doing) I wonder what I would advise my child to have for breakfast or lunch?

There are a LOT of additives, and none of these items are things I’ve ever allowed in my house, or if I ever did, so rarely I can’t recall.  I might have bought chocolate milk a few times.  Some items, like the black beans and the pineapple have no labeling or information so I don’t know what’s in them.  One would hope for the best, however, I don’t have that confidence.

No Photo for the items not identified, the black beans or pineapple.

How I found out what’s in the food – I looked up the items and the additives – it took me days of researching.

I like the non-profit, Center for Science in the Public Interest; they seem to have no qualms giving a thumbs up or a thumbs down to an ingredient, although I take a far more cautious approach than they do!  I also don’t like to click and read all day, so I’ll give you their information here, or if they don’t have it, I’ll cite where I found it.  The Center for Science in the Public Interest has a nice one page printable chart about the Safety of Additives, divided into safe, caution, cut back, certain people should avoid, and avoid.

That being said, there is much controversy about ingredients, even those listed as SAFE by the CSPI. Several ingredients listed safe are said to contain MSG, free glutamate or free glutamic acid.  (You’ll never find the last two labeled – they are contained in additives or combinations of additives and the FDA does not require them to be labeled as MSG.  Generally you’ll see it as autolyzed yeast extract, but there are dozens of sources.)  Several emulsifiers are sources of trans-fat, and their is no labeling law that requires companies to list them.  There is concern about high fructose corn syrup, modified foods, genetically altered foods, foods containing gluten and on and on.  Most health minded individuals also attempt to cut out or reduce artificial colors, artificial flavors, and most preservatives.  I’ll also try to sum up and provide clicks for the alternative view.  I’ve only briefly (In two days) scratched the surface of these additives and what they do.

My personal thought on additives?  I’ll sum it up in one word.  Why?  Why give this stuff to our kids?  And if your kids are eating school lunches, they aren’t getting a small amount of these ingredients now and then, at least not in my school district, or many that I casually viewed online.  These kids are often eating two meals a day, five days a week, for months on end, sometimes 10 months, sometimes longer.  Now I know there always seems to be a lot of “teacher planning days,” but even with those days off, that’s a lot of additives.  In many weeks, kids eat 10 meals out of their possible 21 meals a week at school.

(I also like LabelWatch – put in a food and they spit out the information about what’s in it and what that ingredient is, and have become quite interested in what Natural News has to say – they remind me a little of my “rants!”)  Read a bit, and find out what YOUR views are, and what you want to build your child’s mind and body with.

This page, so far, is Breakfast only – so many additives, such little time.

Trix Yogurt  (I find it very interesting when I wrote this in February 2012, I didn’t add a photo.  When I went to Trix Website on March 24th to add a a photo, they show a box that clearly states no artificial ingredients, no hfc, etc.  I guess I’ll have to look at it again when I go to the store.  Maybe you can teach an old rabbit new trix.)

6 thoughts on “One Day’s Additives in our School Menu”